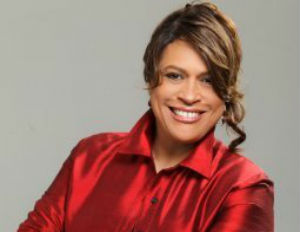 Perri Irmer has become the fourth president and CEO of one of the nation’s most prestigious entities of African American history, the DuSable Museum, and is expected to help boost the institution’s prospects after challenging times.

Founded in 1957 by Charles G. Burroughs, the Chicago institution has served as a center for thought leadership and preservation of the black experience in America.

“My roots are very deep in the community. I’ve always been involved in the community and a champion of minority-owned business,â€ she said. “We are of the community. My family’s business was actually the Lux Hall Laboratories. We created the Creme of Nature shampoo and French perm hair product company.â€

Irmer, 56, earned her bachelor’s degree in architecture from theÂ Illinois Institute of Technology andÂ a Â J.D. from the University of Chicago Law School. She is a Chicago native and bring years of leadership and management experience as former head of the Illinois Sports Facilities Authority; the government owner and operator of U.S. Cellular Field. She managed the ballpark’s annual budget of more than $40 million, and administered more than $100 million in capital repairs and construction. After her departure in 2011, she worked as a consultant serving as president of her own company, Intellectual Resource Management Group, Inc.

She’s expected to apply that experience and knowledge in boosting the museum’s offerings and endowments, as it has experienced financial difficulties since the economic downturn. The museum will also soon have a famous neighbor; the Barack Obama presidential library, whose plans are being headed by Thelma Golden.

Former president Carol Adams retired at the end of 2014, and Irmer’s appointment will end a months-long absence in leadership at the museum. She recently told The Chicago Tribune that her focus will be on increasing the museum’s collaboration with the Presidential Library. Â “I really see us working together very cooperatively, and see how we can assist each other and complement each other,” she told the publication. “It’s only a mutual enhancement of both institutions. It’s wonderful for everyone and we want to strike that balance.â€

DuSable Board Chairman Clarence Bourne, an executive at Loop Capital Markets, said of Irmer’s appointment,Â she “is everything we could have hoped for.â€

“She is uniquely qualified to broaden the museum’s base of support, and the type of organizations who look to partner with DuSable as an incubator for innovation and thought leadership,â€ he said in the release announcing her appointment.