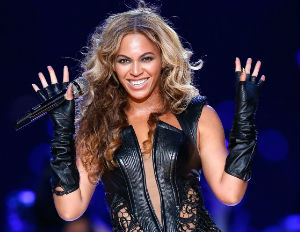 Operating on the idea that “animals are not ours to eat, wear, experiment on, use for entertainment, or abuse in any way,â€ PETA is going after BeyoncÃ© for her snake and iguana skin Superbowl attire, designed by NYC trend-setter, Rubin Singer.

PETA released a statement addressing Mrs. Carter skinned attire saying, “We would take a bet that if BeyoncÃ© watched our video exposÃ©s here and here, she’d probably not want to be seen again in anything made of snakes, lizards, rabbits, or other animals who died painfully. Today’s fashions are trending toward humane vegan options, and BeyoncÃ©’s Super Bowl outfit missed the mark on that score.â€