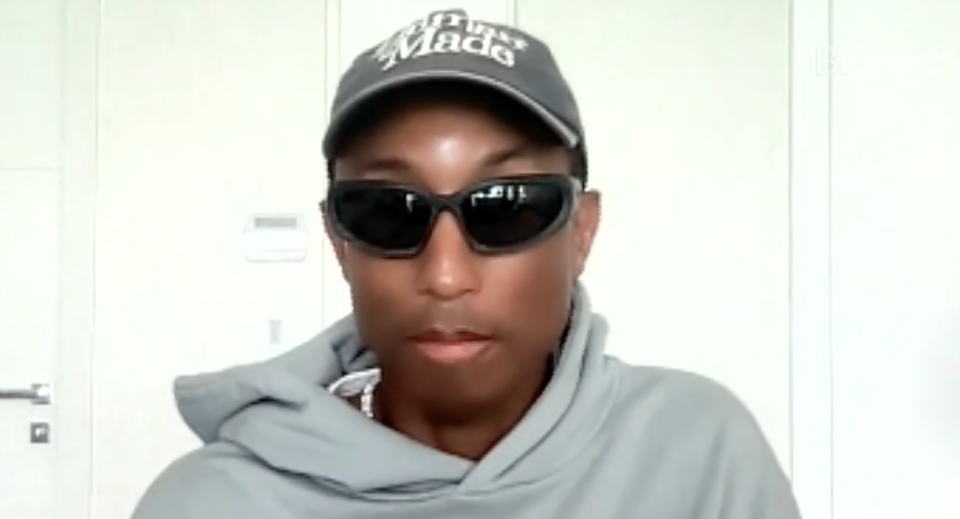 “We funded 34 really amazing Black Lantix and HBCUs startups last year. We worked with close to 300 entrepreneurs and took them through a five-month cohort-style mentorship program, and we are looking to double our impact this coming year with our 2022 prize competition,” Hatcher said to Bloomberg Markets. “And this is all the brainchild, the passions, the connections of Pharrell Williams, our founder of Black Ambition, really being ambitious with funding and supporting Black and Latinx entrepreneurship at the highest level.”

Williams, 48, said the three pillars of society that are significant hurdles in the Black community he names are “the disappropriate access to education, healthcare medicine, and representation.”

The award-winning producer said that when those pillars are amply supported in a community, individuals realize there is no ceiling in what they can accomplish. However, it is more challenging to have a voice when a community is deprived of those elements.

“Show me a neighborhood where there is ample access to healthcare, education, and representation, and I’ll show you where there are a lot of businesses,” explained Williams.

When host Caroline Hyde then posed a question to Williams, asking him if there is enough Black leadership in the music industry, a market that will be worth $31 billion worldwide in 2022 based on the Global Entertainment and Media Outlook 2018-2022 report, according to Music Biz.com

“There’s not enough Black leadership. There’s not enough leadership from people of color,” said the Virginia native entrepreneur. “But there’s also not enough ownership — there just isn’t. As much as the music industry has given me when you really love something or love someone, you can be honest about the things that could be better. I gotta say that the ownership with people of color; it’s just not been the same. And that’s something we’re working on now.”

He expounded that not only are the leadership roles for most record companies held by most non-people of color, but artists also lack ownership of their work by not retaining the copyrights.