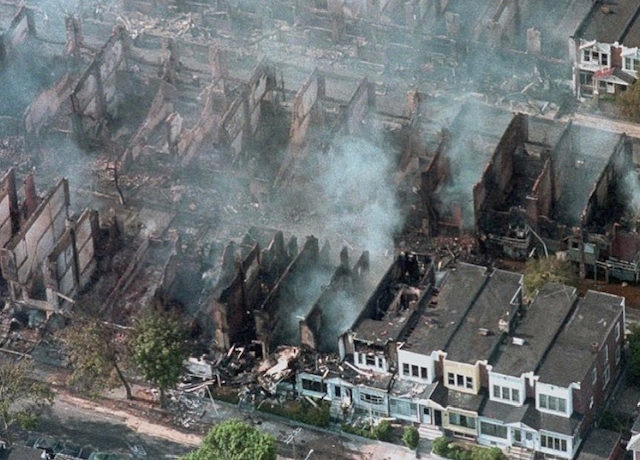 The Health Commissioner of Philadelphia Thomas Farley was forced to hand in his resignation after he disregarded the Black bones involved in the MOVE bombing.

On Thursday, Mayor Jim Kenney said that Farley decided to cremate and dispose of a number of unverified remains of the victims of a Black liberation party that was bombed by police, some of whom were children, The Huffington Post reported.

The cremation and disposition took place during Kenney’s first term in office—between Jan. 4, 2016, and Nov. 5, 2019, which the mayor said he only learned of the “very disturbing incident” recently.

“This action lacked empathy for the victims, their family, and the deep pain that the MOVE bombing has brought to our city for nearly four decades,” Kenney said in a statement, adding that he has also placed Medical Examiner Dr. Sam Gulino on administrative leave pending a full investigation and has appointed Dr. Cheryl Bettigole to be acting health commissioner.

As The Hill reported, one or two of the teenagers’ bones from the 1985 bombing were used in an online forensic anthropology course at Princeton University and the University of Pennsylvania.

Although the identity of the remains of MOVE organization members is still a mystery, reports are confident that one or two of the bones that were featured in a class belonged to 14-year-old Tree Africa and/or 12-year-old Delisha Africa —the surname Africa was part of the group’s commitment to Black liberation.

The University of Pennsylvania has since apologized for using the bones and removed them from it course.

The surviving family members of the children gave no one permission.

Mike Africa Jr. is a current member of MOVE, who just like Tree and Delisha, grew up under the MOVE movement. He was born in a Philadelphia jail because of his parents’ arrest and hidden from the guards for three days.

36 yrs ago today Philly police dropped a bomb on my family killing 11 people including 5 kids who’s remains were taken without consent by UPenn and used as study material. No official was ever held accountable. Please retweet and support @mikeafricajr1 in my mission for justice. pic.twitter.com/WW8lv2SVpL

“I still can’t even believe it. I remember the kids and the behaviors and the mischief,” Africa said Thursday on his podcast. “To know that they tried to escape this burning house while this fire was raining down on them and walls were collapsing on top of them―the helplessness, the fear. I remember the fear of the sound of any siren from an ambulance or anything, and it used to drive me crazy. I can’t even imagine what they had to experience.”