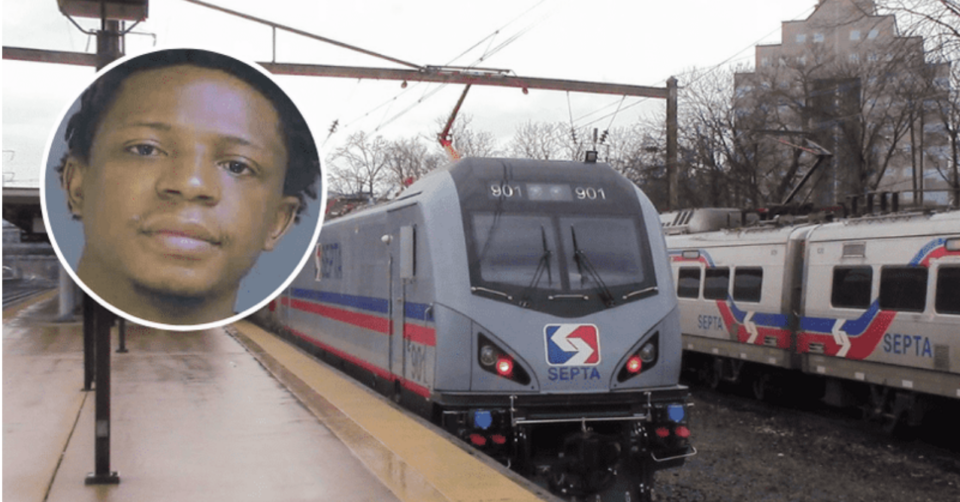 An unidentified woman was assaulted and raped in public while people nearby witnessed and filmed the encounter.

A man was charged with raping a woman in a Philadelphia subway car while no one came to her assistance. Instead, other passengers on the train filmed the encounter as it took place. The man claims that he knew the victim and the sex between them was consensual.

According to The Philadelphia Inquirer, the victim was sexually attacked last week on a SEPTA (Southeastern Pennsylvania Transportation Authority) train in Philadelphia. The incident lasted approximately six minutes, and although there were other passengers on the train, none intervened to stop the rape.

According to the outlet, some even appeared to position their smartphones to record as the assault was happening in real-time, police stated on Monday.

Luckily, an off-duty SEPTA employee called 911 as the man, Fiston Ngoy, was engaging in the violent assault. Due to the employee’s action, Transit Police officers arrived at the scene about three minutes later, stopped the attack, and then arrested the alleged rapist.

“We want everyone to be angry, disgusted, and to join us in being resolute in keeping our system safe,” Transit Police Chief Thomas Nestel III said Monday at a news conference. “We need the public to notify us when they see something that seems to be unusual.”

The police stated that Ngoy said he recognized the victim on the train and went to talk to her. And he claimed that the sexual encounter with her was consensual. She refuted his claim and said that it was completely false, according to the affidavit of probable cause for his arrest.

The attack took place before 10 p.m. last Wednesday as the train entered the Market-Frankford Line headed west toward Upper Darby, right outside of Philadelphia. Officials said that the unidentified victim was by herself when the 35-year-old Ngoy sat down next to her in the car and that he disregarded her pleas to go away. The affidavit said that that description, along with the violent attack, was verified by video captured by SEPTA surveillance footage.

Ngoy awaits an Oct. 25 preliminary hearing as he remained in custody Monday in lieu of $18,000 bail.

In a statement to CNN, SEPTA spokesperson Andrew Busch said, “There were other people on the train who witnessed this horrific act, and it may have been stopped sooner if a rider called 911. SEPTA urges anyone who observes a crime being committed or any dangerous situation occurring to report it. Anyone witnessing an emergency should immediately call 911.” Busch said an employee in the vicinity of the incident called police to report that “something wasn’t right.”

.@SEPTA is reminding passengers of where the two emergency call buttons on each car are located, and are asking riders to call 911 if they can’t get to the buttons, when they witness criminal act. Quality of ride issues can be reported on Septa’s app. @6abc https://t.co/o8IwAwV5xW pic.twitter.com/B9unitzUrY

“The SEPTA employee boarded the train and saw the assault in progress and immediately called 911. That prompted an immediate response by SEPTA Transit Police, and an officer boarded the train when it arrived at the 69th Street Transportation Center. The officer located the suspect and the victim and took the suspect into custody.”