Joe Frazier Statue to be Unveiled in Philadelphia 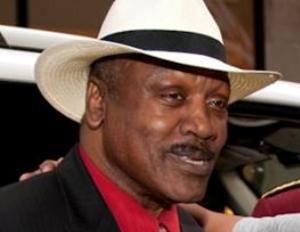 According to ABC News, the city of Philadelphia is building a statue of Heavyweight Boxing Champion, Joe Frazier. The unveiling of the 1,800-pound, 9 foot statue is expected next spring, most likely in April.

Frazier, who was the first boxer to defeat Muhammad Ali, will have a 9-foot clay version of him that captures Philly’s local hero in mid-punch. Artist Stephen Layne began working on the sculpture in March and plans to have it completed by the end of September.