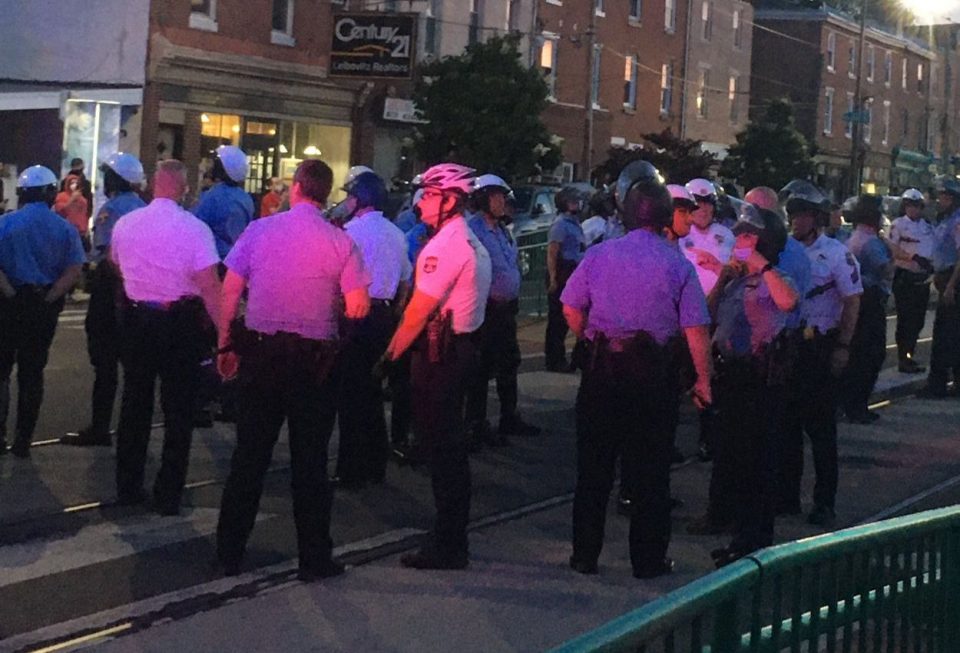 Approximately 100 white men armed with baseball bats, hammers, and shovels were roaming the streets of a Philadelphia neighborhood in the name of vigilantism. They were allegedly ‘protecting’ local businesses from people protesting about police killing black people, according to The Philadelphia Inquirer.

On Tuesday, local city officials pledged to crack down on what they called simmering vigilantism after seeing as many as 100 white men armed with baseball bats and hammers roaming in the Fishtown section for hours on Monday
night.

Looks like quite the double standard going on in Fishtown.

It seems white vigilantes can walk around armed with baseball bats and who knows what else while protesters are reviled and treated like criminals.

What’s different about that crowd? You see it?pic.twitter.com/qWQsawNIMQ

The Fishtown group was making claims that they were organized to act as a defense against activists or looters. The New York Post reported that WHYY radio producer Jon Ehrens posted the results of him being attacked by the vigilante group on his Twitter. He was attacked by the men while filming them to cover the incident.

I got called out for recording them and they beat the shit out of me and pushed my girlfriend pic.twitter.com/JMeR4SJ7y9

At around 8 p.m., the police lined up in the street to keep the two groups separated and asked them to disperse.

Mayor Jim Kenney on Tuesday criticized how the police officers handled the vigilante group, saying: “We tolerated it last night for too long, and that was a mistake.”

The mayor said the group’s actions were “antagonistic” and the city doesn’t condone “armed vigilantism.” He said he was “disturbed” by reports of officers high-fiving members of the group, and Police Commissioner Danielle Outlaw said the force does not condone “any form of vigilante justice or taking the law into one’s own hands.”