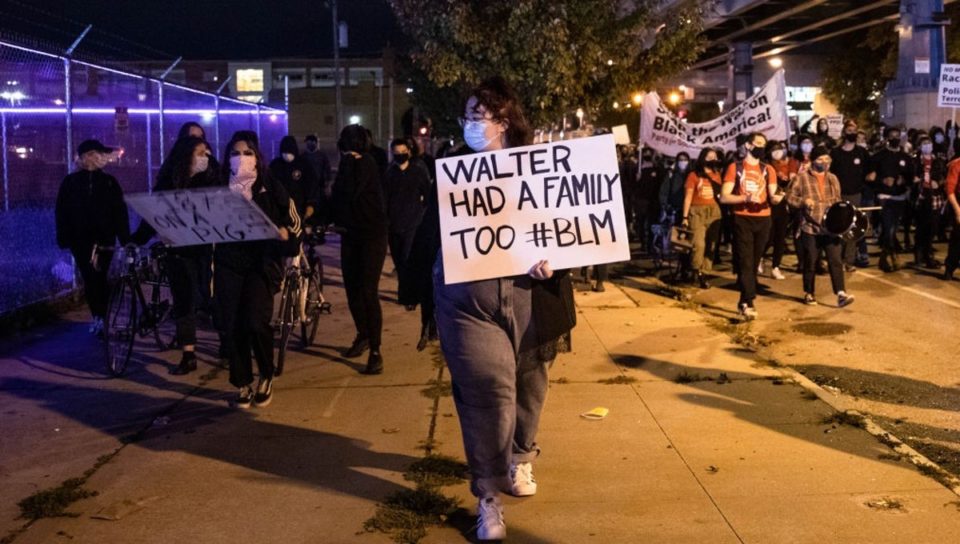 Demonstrations, looting, and rioting continued for a second night in Philadelphia following the death of Walter Wallace Jr., a Black man who was shot and killed by police Monday.

CBS Philly reports looting and rioting along Aramingo Avenue in the Port Richmond neighborhood has “rapidly gone downhill” Tuesday night and is a “total loss.”

Video across social media showed looters running into a Walmart, breaking into a Chick-fil-A, and pulling items out of a Foot Locker. According to the New York Times, protesters also set fires to debris on the street and damaged Philadelphia police cruisers.

Walter Wallace was shot and killed Monday night by two Philadelphia police officers during a confrontation after police responded to a report of a man carrying a weapon. Philadelphia Police Sgt. Eric Grippafter told CNN affiliate KYW officers saw a man carrying a knife who “was brandishing it and waving it erratically.”

Wallace’s dad, Walter Wallace Sr., was interviewed Tuesday night by CNN and said his son was bipolar and was in crisis at the time of the incident. Shaka Johnson, an attorney representing the Wallace family, said in a news conference Tuesday, relatives called the authorities three times including once when Wallace’s brother asked for an ambulance.

“Law enforcement was called because they wanted an ambulance to come here,” Johnson told reporters. “The police are who arrived first.”

Johnson added Wallace’s wife told the officers when they arrived Wallace was “manic, bipolar” and in crisis.

“Unfortunately, the officers were not equipped with the training or the proper equipment to deal with a person who was experiencing crisis in that moment,” Johnson told CNN. “You don’t deal with crisis with a firearm.”
Philadelphia Police Commissioner Danielle Outlaw told reporters Tuesday she would release more information on the incident in the coming days, but did not know if the information would include body camera footage of the incident.
The Philadelphia Inquirer reported Wednesday a curfew from 9 p.m. Wednesday until 6 a.m will be initiated. Thursday, the city announced.