How To Organize A Major Event 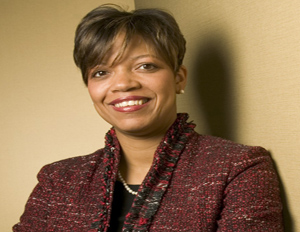 The “Carnivalâ€-themed, 5th Annual Global Fusion Festival [GFF] drew crowds of more than 25,000 people to Great Plaza at Penn’s Landing in Philadelphia this past weekend.Â  The city’s largest one-day festival is the grand finale to Global Fusion Week–a culmination of cultural programming, GFF giveaways, and dining and drink specials across Philadelphia. Festival goers participated in the day-long event, which included vendors selling signature cuisine and other merchandise, as well as performances by local talent and R&B headliners such as Estelle, Melanie Fiona and Anthony David.

The Philadelphia Multicultural Affairs Congress (MAC), a division of the Philadelphia Convention & Visitors Bureau, spearheads the event and grew the festival from a two-day extravaganza into a week-long celebration that garners big name backing from business heavyweights such as Bank of America, Comcast and State Farm Insurance. But Tanya Hall, festival organizer and executive director of MAC, says the festival is a great opportunity for small and minority-owned business owners, as it is for tourists exploring the historic city. “The vendors that we have today are all local businesses,â€ says Hall.Â  “This [GFF] is a way to keep them involved and keep them engaged with tourism opportunities.â€

Eatible Delights Catering owner David K. Simms believes that his participation in the festival has opened up several doors: “By partnering with the Global Fusion Festival and MAC, I was able to do a chef appearance last year on The 10! Show, which is a local Philadelphia show.â€ Simms, who catered the VIP section at this year’s GFF, is set to receive the National Urban League’s “I Am EMPOWEREDâ€ Award this November.

In addition to sponsorship assistance, MAC’s partnership with local and large-scale businesses has resulted in year-over-year growth in festival attendance.

BlackEnterprise.com caught up with Hall at GFF, where she offered fellow event organizers her three surefire ways to ensuring the success of their next major event:

“Putting a festival together is really about bringing great minds to the table,â€ says the hospitality connoisseur.Â  “There is no way one person is going to think of everything and entrepreneurs have to understand that in order to grow their business, they have to be able to bring in people who offer what they don’t possess themselves.â€

This year, the festival came with two new features, which were both fresh ideas brought to the table during planning. First, the team expanded the children’s area from a one tent space into a wide-open plot of land–now known as Carnival City–where children enjoyed carnival rides, traditional face painting and arts and crafts. Second, this year marked the first time festival organizers allowed for the distribution of alcohol. “Somebody said to me, why don’t we try a beer garden? That was the magic word,â€ recounts Hall. “So we tried it.â€

Comcast has worked with the festival in some capacity for the last three years, but it wasn’t until this year that the leading communications and entertainment company offered GFF promotional spots that ran in the greater Northeast. It’s not something they would do right off the bat, but it was the growing relationship that made it possible, says Hall. “Understanding how to tap into that company [Comcast] and to be able to partner with them to access their resources is important to us.â€ Hall reminds organizers to take the time to formulate a well-built development and sponsorship plan. Although, she believes, in the end, it all boils down to the relationship you’ve established with each prospective partner.