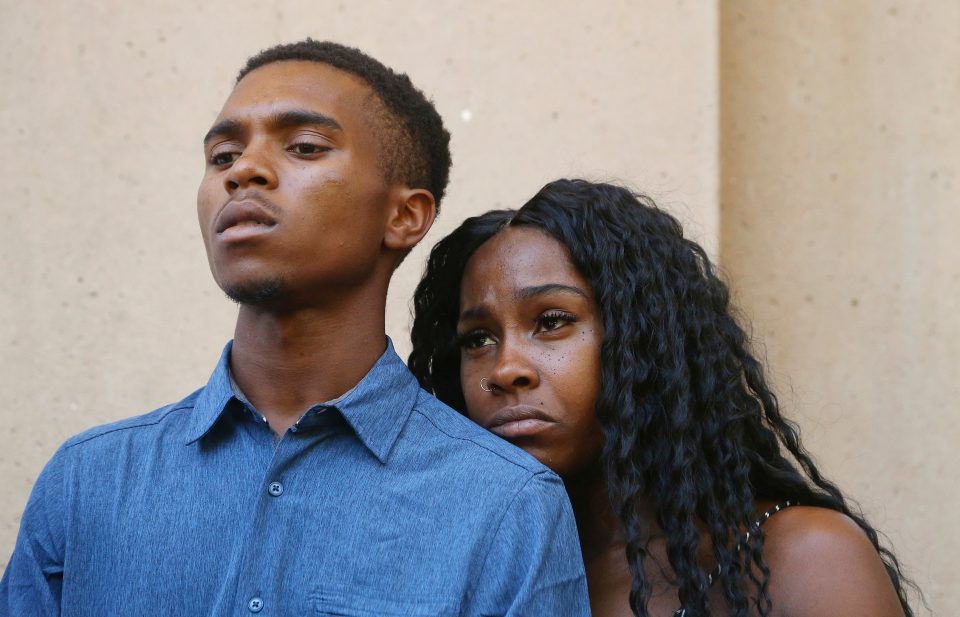 Dravon Ames and Iesha Harper have settled with the city of after police officers pointed guns at them for shoplifting. (Image: Twitter/@AJPlus)

The Phoenix City Council is expected to approve a $475,000 payout Wednesday to a couple who police officers pointed guns at, threatening to shoot a man in front of his fiancée and children.

The situation occurred May 27 of last year. Dravon Ames and his fiancée, Iesha Harper, took their two children to a Dollar General. One of their daughters took a doll out of the store without the parents knowing.

Phoenix police followed the family to their home. Video of the incident shows officers pointing guns and yelling threats at Dravon Ames, his pregnant fiancee, and their two young daughters.

The video went viral, putting the Phoenix Police Department under scrutiny following a deadly year of police shootings. The video also prompted thousands to gather at a Phoenix church to share their fear and frustration with city officials.

Tom Horne, a former attorney general and the lawyer for Ames and Harper, filed a notice of claim in June 2019 asking for $10 million, claiming the officers had used excessive force.

The $475,000 payout is just one of the many settlements by the department over the last decade. Just last month Lorenzo Jones was shot with three beanbag rounds by police officers in Arizona in front of his fiancée and their children, despite raising his hands and complying with officers. The Phoenix Police Department also has one of the highest rates of police shooting rates in the country.

The incident with Ames and Harper prompted significant changes in the department, including requiring Phoenix police to have a written report each time an officer points a gun at a person. Phoenix Mayor Kate Gallego also created an ad-hoc committee to gather police reform recommendations from community members.

Officer Christopher Meyer, who kicked Ames as he was trying to cuff him, was fired by  Police Chief Jeri Williams four months after the incident.

“A 240-hour suspension is just not sufficient to reverse the adverse effects of his actions on our department, and our community,” she said at the time.