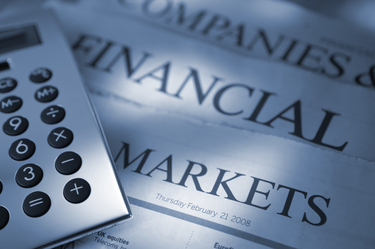 In what could be a landmark deal for Piedmont Investment Advisors LLC (No. 10 on BE Asset Managers list with assets under management of $1.831 billion) was selected with two other firms by the U.S. Department of the Treasury to manage a securities portfolio worth roughly $218 billion that the Treasury has purchased though its TARP Capital Purchase Program.

Piedmont along with New York-based AllianceBernstein LP and FSI Group L.L.C. of Cincinnati are expected to manage preferred shares, senior debt, and other securities the Treasury attained for providing capital to more than 500 financial institutions through its Capital Purchase Program. Officials at Piedmont would not comment on its deal with the Treasury. While terms of the deals with these firms were not released, they will collectively manage roughly $218 billion in assets under management, according to Andrew Williams, a Treasury spokesman. The agreements will run though April 20, 2014.

The Treasury, which announced the deal in late April, said in a press release it received more than 200 submissions from interested firms, applicants with more than $2 billion in assets under management.Â  The Treasury also says it also plans to hire an additional group of asset managers with less than $2 billion in assets under management to help manage its assets within the next two months.

The announcement also came after federal officials told 10 of the nation’s 19 largest banks they will need to raise nearly $75 billion in additional capital, part of the Treasury’s stress test program. Orim Graves, executive director at the National Association of Securities Professionals, a Washington, D.C.-based non-profit group of minority and women securities professionals, says this is a landmark deal. “This is the first time to my knowledge that the federal government has hired a minority firm to manage assets of this magnitude in its history,â€ he says.

John Foff, a senior analyst at SNL Financial, a Charlottesville, Virginia-based tracker of data for the financial services industry, says the deal shows a “sign of confidenceâ€ in Piedmont, something the firm could use as a selling point to generate future business.Â  “It puts them on the stage a little bit more for everyone else to see,â€ Foff said.Â  Graves said the deal came together after five years of pressure from NASP, along with the Congressional Black Caucus, of encouraging the federal government to increase its participation of doing more business with minority owned investment firms.

He said the push was led by Congresswoman Maxine Waters (D-California). The congresswoman points out that this is an area where very few African Americans historically have participated. “What you will find is that African Americans have really not been in this game; that the treasurer certainly does not have the kind of relationships that he has with the big Wall Street firms, with the big banks who walk in and out of the offices at will; our people can’t even get an appointment,â€ she says. “And so our job is to push those doors open, to get some connections made and to get them to see that we certainly do have African Americans who are capable and competent and to change the rules about who can play. The rules are usually defined in ways that only the big, big boys can play, and we’re trying to break that down.â€