Haitian Philanthropist Pierre Toussaint Has Street Named After Him In Brooklyn 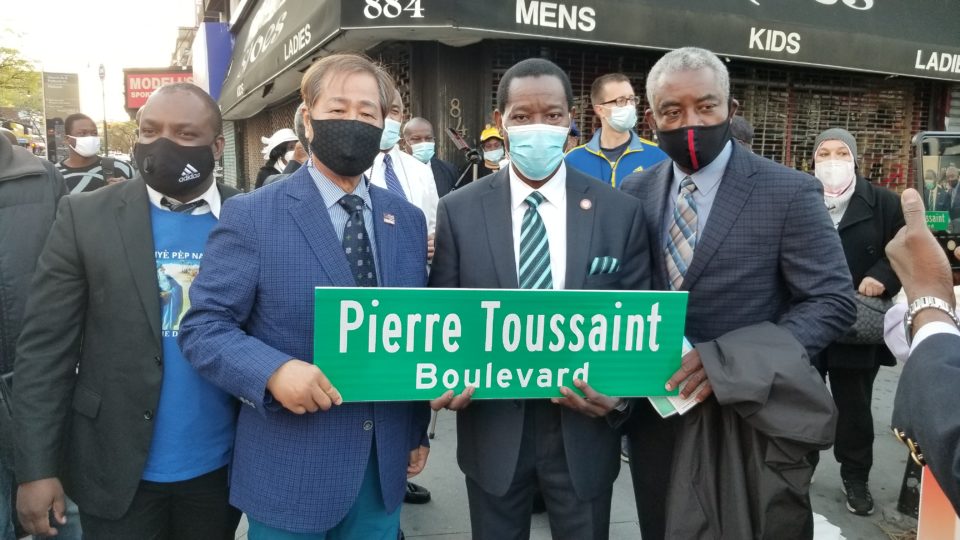 One of New York City’s former slaves has a street named after him in a Haitian-dominated community in Brooklyn’s Flatbush section.

On Sunday, Freeman Pierre Toussaint had a street named in his honor between the intersection of Flatbush and Church Ave, The Haitian Times reported.

A famous hairdresser and credited as being the “father” of Catholic Charities New York, Toussaint was first brought to New York as a slave from Haiti in 1787.

A bill in 2019 passed by the New York City Council made the renaming possible, with District 40 Council Member Mathieu Eugene, who is Haitian, and Diocese of Brooklyn and Queens leading the Pierre Toussaint Guild ceremony.

“Today, we are here to pay tribute to his [Pierre Toussaint] life, to his contribution, his achievement, to what he have done for people, for the children of God,” Eugene said.

Sen. Chuck Schumer also made an appearance, according to Bklyner, saying Toussaint represents everything an American and a New Yorker should be.“It’s great to be here with everybody. Today I want to celebrate the beautiful life of Pierre Toussaint and the contributions of the Haitian-American community here in Brooklyn and in New York. He lived his life in service to others, improving his community even in the face of enslavement and discrimination, and bigotry.”

“I am honored to be here on behalf of the mayor as well as a representative of the City of New York,” Maggie Osten, the senior advisor to Mayor Bill de Blasio and “daughter of Haiti,” said. “Pierre Toussaint is such an important figure for Haitians here in New York City as well as back home in Haiti. His philanthropy and accomplishments are nothing short of amazing when you consider that he came here as a slave.”

He was enslaved to Jean Bérard and his mistress, but his kindness grew on them, and as was freed shortly before the widow’s death. Toussaint also earned money as a hairdresser for Madame Bérard and kept most of his earnings, according to the Memoir of Pierre Toussaint, Born a Slave in St. Domingo.

Toussaint and his newly freed sister, Rosalie, lived off his earnings as a successful hairdresser, which attracted many wealthy white people, Columbia University stated. Toussaint would later buy a woman’s freedom and marry her. They raised Rosalie’s child after she died of tuberculosis.

The last name Toussaint originated from the famous Haitian Revolutionary, Toussaint Louverture.
Pierre Toussaint and his wife visited the South to distribute baked goods and services to other slaves and orphanages.

Fun fact, Toussaint also helped fund St. Patrick’s Cathedral, “where he is buried as the only lay person, alongside the former Cardinal-Archbishops of New York City,” according to the Archdiocese of New York.