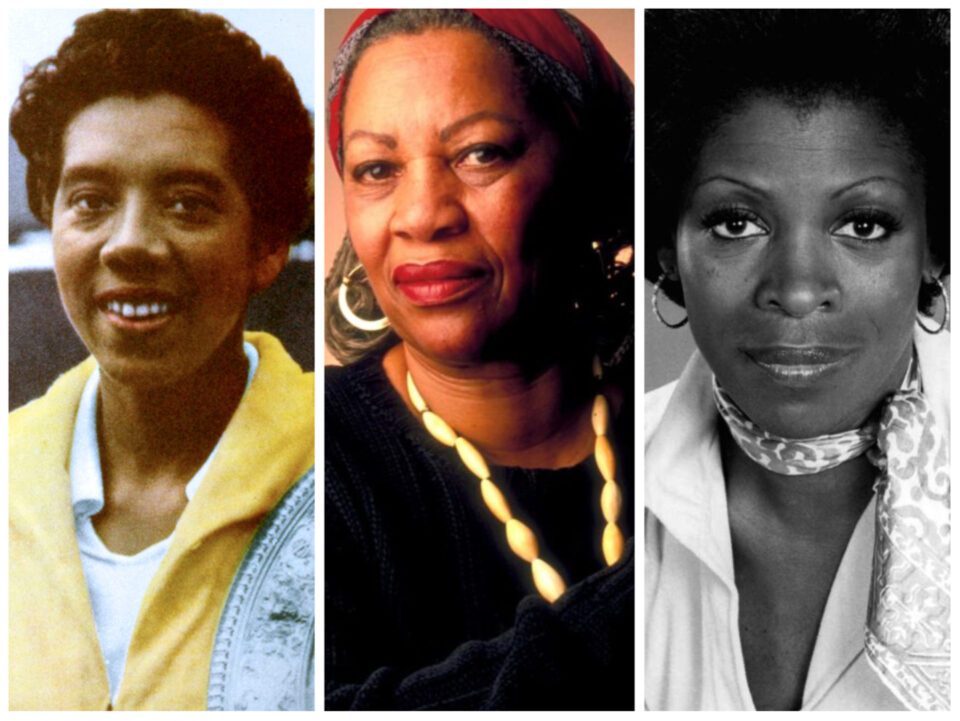 Founded on Jan. 15, 1908, the sorors of Alpha Kappa Alpha will be celebrating their 115th International Founders’ Day. They are continuing the legacy of the nine Howard University founders who were among the fewer than 1,000 Black students enrolled in higher education institutions in 1908.

But this list spotlights some of the pioneering members who pledged an undergraduate or a graduate chapter and continue to open doors for generations.

The late literary pioneer Toni Morrison pledged Alpha Chapter of Alpha Kappa Alpha at Howard. She was the first African American female to win the Nobel Prize for Literature in 1993. She earned the National Book Critics Circle Award and the American Academy of Arts and Letters Award for her novel Song of Solomon.

The late NASA mathematician Katherine Goble Johnson, recipient of the Presidential Medal of Freedom in 2015, was the first African American female Research Mathematician and Computer Scientist to work on the nation’s early space programs. In 1959, she calculated the flight trajectory for Alan Shepard‘s space flight and later inspired the Hidden Figures film. She was a member of the Nu chapter Alpha Kappa Alpha and served as president of the Lambda Omega chapter twice.

Kamala Harris, Vice President of the United States, is the first woman of color to be nominated for Vice President by a major political party. She is a member of the Alpha Chapter of Alpha Kapp Alpha and was inducted at the birthplace of the divine nine sororities, Howard University.

Mary Wineberg, the first African American female to win a Gold Medal for the University of Cincinnati in the sport of track and field, pledged the Phi Psi Omega chapter of Alpha Kappa Alpha. She won the gold medal for the 4 x 400 meter relay at the 2008 Summer Olympics in Beijing, China, and secured another gold with her other three teammates for Team USA in the prelim and final round in August of 2008.

The late tennis great Althea Gibson was one of the first Black athletes to break down color lines and pave the way for equal opportunities when she became the first Black woman to compete at the U.S. National Championships and claim the Grand Slam title. She was a member of the Tau Omega Chapter of Alpha Kappa Alpha.

Etta Moten Barnett was an internationally known actress, concert artist, and radio personality. A member of the Delta Chapter of Alpha Kappa Alpha at the University of Kansas, her sorors remember her as a pioneer who was the first African American woman to break the stereotypical portrayal of African Americans in the movies with her 1933  role as a widowed housewife in “Gold Diggers.” She is also best known for her portrayal of Bess in Gershwin’s Porgy and Bess.

Emmy Award winning actress, writer and comedian Wanda Sykes, joined Alpha Kappa Alpha through it’s Gamma Theta chapter at Hampton University, where she also earned a degree in marketing. She was the first African-American woman to perform at the White House Correspondents’ Dinner, as well as the first to conceive and star in her own prime-time sitcom, “Wanda at Large.”

Tony Award-winning actress Phylicia Rashad was initiated into the Alpha Chapter of Alpha Kappa Alpha Sorority at Howard University. She became the first Black actress to win two Emmy Awards in 1985 and 1986 and a Tony Award for Best Actress in a play in 2004.

Howard University alumna and actress Roxie Roker, who passed away in 1995, was best known for her role as Helen Willis in the 70s hit sitcom The Jeffersons, half of the first interracial couple to be shown on regular prime time television.. Before making TV history, she pledged the Alpha Chapter of Alpha Kappa Alpha. She is also the mother rock and roll artist Lenny Kravitz.