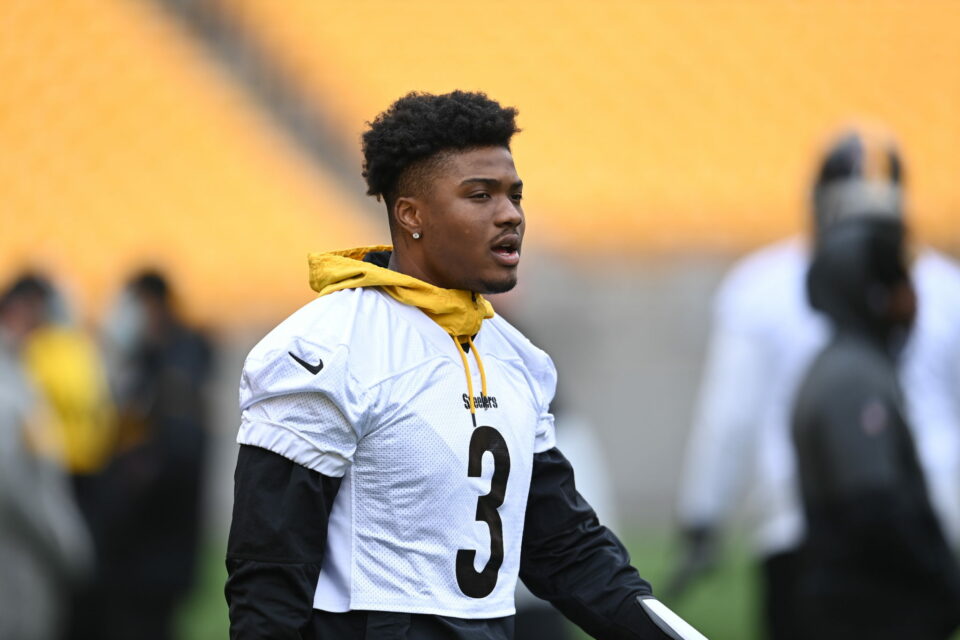 According to the Florida Highway Patrol, Haskins was walking on the highway near Fort Lauderdale for unknown reasons and while attempting to cross the westbound lanes of the interstate, was hit by a dump truck and pronounced dead on scene, reports 10 Tampa Bay.

Spokesman for FHP Lt. Indiana Miranda wrote in an emailed statement, “He was attempting to cross the westbound lanes of Interstate 595 when there was oncoming traffic.” The tragic accident caused the highway to be shut down for hours and is being investigated as “an open traffic homicide.” It is speculated Haskins perhaps ran out of gas, prompting him to walk on the limited access facility, though details are unconfirmed.

Haskins was in South Florida to train with fellow Steelers teammates, per ESPN. He would’ve turned 25 on May 3.

Steelers coach Mike Tomlin released a statement lamenting the young quarterback’s loss: “I am devastated and at a loss for words with the unfortunate passing of Dwayne Haskins. He quickly became part of our Steelers family upon his arrival in Pittsburgh and was one of our hardest workers, both on the field and in our community. Dwayne was a great teammate, but even more so a tremendous friend to so many. I am truly heartbroken.

“Our thoughts and prayers are with his wife, Kalabrya, and his entire family during this difficult time.”

Haskins had spent three years with the NFL from 2019-2021, playing for the Commanders and Steelers after being a 2018 Ohio State standout and the 15th overall pick of the 2019 NFL Draft.

“We are devastated to hear the news of the tragic passing of Dwayne Haskins Jr.,” said Commanders owners Daniel and Tanya Snyder in a statement. “He was a young man with a tremendous amount of potential who had infectious personality. To say we are heartbroken is an understatement. Our hearts and prayers are with the members of Dwayne’s family and all of those who knew him and loved him.”

Many expressed their sympathies, including Steelers linebacker T.J. Watt.

The world lost a great person today. When Dwayne first walked into the locker room I could tell he was an upbeat guy. He was always making people smile, never taking life for granted. His impact on me will last a forever.

The NHL’s Pittsburgh Penguins held a moment of silence for Haskins before their game against the Washington Capitals on Saturday.