Month of the Man: Plastic Surgeon Talks Misconceptions of Profession 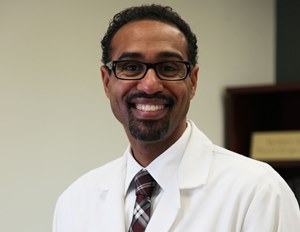 Plastic surgeons are considered by some as the rock stars of the medical industry. Even though television drama “Nip/Tuckâ€ is no longer on the air, its syndicated six seasons serve as an indication of America’s attraction to seeking physical perfection and those that make a career within the industry that seeks to provide it. (It also helps that their median salary stands at $264,000.) Dr. Troy Callahan, director of Northern Jersey Plastic Surgery Center in Hackensack, N.J.

The Queens, N.Y., native received his bachelor’s degree in chemistry from the State University of New York at Stony Brook, medical degree in medicine from the Mt. Sinai School of Medicine in New York, completed General Surgery training at Maimonides Medical Center in Brooklyn and a post-doctorate fellowship at the University of California in San Francisco. Dr. Callahan completed his plastic surgery training at Nassau University Medical Center in East Meadow, Long Island. BlackEnterprise.com spoke with Dr. Callahan about his industry, his job and what makes it so cool.

BlackEnterprise.com: What made you decide to go into this particular field of medicine?

Dr. Troy Callahan: Â As long as I can remember, I knew I wanted to be a doctor. That was from when I was a little kid. I always thought I was going to be a surgeon and do trauma surgery and saving lives and that sort of thing. I actually was training in general surgery out in Brooklyn when I came to the realization that, while I love operating, I don’t necessarily love operating on really sick people who may die on you, because it’s kind of depressing when you have a patient that doesn’t do well or actually dies. Plastic surgery seemed like a really great option because you get to operate on people from head to toe. You do really interesting surgeries and we do a lot of reconstructive surgeries to restore a lot of form and function to peoples’ bodies, whichÂ generally makes people pretty happy.

When people think of plastic surgeons, they typically think of nose jobs or tummy tucks. Is that the most common procedure you do?

In my practice, I probably do about 70% reconstructive. Maybe 30% of what I do is cosmetic –breasts and body contouring. Let’s say you’re a woman who has breast cancer and has to have a mastectomy. You would go to a plastic surgeon because he or she is going to be the one who’s going to actually make or build a new breast for you.

Or let’s say you have a car accident, and you had a really devastating facial fracture or a bad injury to your limb, and you need reconstruction to restore the form and function of that extremity or your face. Plastic surgeons deal with that sort of thing as well. If you had a hand injury where you cut off your finger. When we talk reconstructive surgery, it can be a broad area of the body. It’s not just limited to one particular area. It’s really restoring form and function first and foremost.

To a degree, your profession has gotten a bad rap about feeding into the whole idea of what is perfection and what isn’t. How do you respond to critics that say that?

It depends on where they’re coming from. I think there is some truth to that, but we’re basically catering to a demand. This doesn’t happen in a void. Patients go to plastic surgeons, at least for cosmetic issues, because they want improve how they look and how they appear. Especially in this country and for women, the more attractive or the younger that you appear, the easier it is for you to succeed—whether that’s in the business world or any other industry. That’s clearly the case.

There’s a demand for improving one’s appearance. Do we push that? I think that just like any other profession, there are those that are going to do things that are maybe less reputable or pushes services that myself or some of my colleagues would not. Then there are people who do reasonable assessments. I’m not going to discourage somebody who’s a reasonable candidate, healthy, and mentally fit and not asking for something unreasonable.

There’s been this trend for years now where people— often African American or Hispanic — going somewhere in the Caribbean or Central, South America and having cosmetic procedures done.

Yes, medical tourism is a big business. It’s a multi-billion dollar industry. It’s not just with plastic surgery. There are other medical procedures that are done abroad for cost-saving reasons. There are people who are getting their cardiac surgery done in India. It’s not just our industry that has faced that situation.

There are clearly risks associated with that. When I see patients who come to me after they had a procedure done outside of the country, because it’s not infrequent, I will see patients who have had complications that are from surgeries that are done abroad and usually in the Caribbean, like the Dominican Republic and other places like that. Usually they’re suffering from some kind of infection or some kind of botched surgery. When it comes to my practice, any patient that I operate on, I’m going to follow up after their surgery. That’s not just a week later. That’s months later.

Has the Affordable Care Act had any kind of impact on you at all?

Yes, it has, for my own personal insurance in my office. We have a healthcare plan for me and my staff. My personal insurance plan was definitely affected by that because it didn’t conform to the Affordable Care Act issues, so I had to change my plan. As far as patients that I see, since it’s just gone into effect, people’s coverage hasn’t really taken effect yet. I do a fair amount of work in the emergency room when I’m on call. A not insignificant portion of our patient population goes uninsured. Me being able to collect on work that I do on emergency room patients can be a little dicey. If you don’t have insurance you’re going to receive a bill directly, right?

Many people struggle to be able to afford any kind of bill, let alone my bill. What is my recourse? A lot of times I just wind up eating that. A large percentage of care that is given is basically just written off. You collect nothing and you just eat it. The plan should at least correct that slightly. The amount that we collect from that kind of insurance is relatively low, but it’s better than nothing. If a significant portion of the population gains insurance and can get seen by a doctor, I think that’s a good thing. I can only imagine that over time it will help in the long run. I think that initially people are going to be resistant to it. Certainly there are some complaints in my field about it, but when we look at it, we have to deal with a large, significant portion of uninsured patients.