Police Brutality Also an Issue for Women of Color 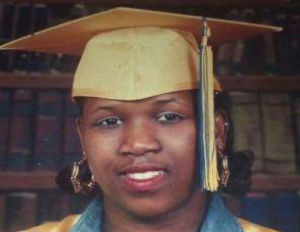 As the nation struggles to navigate the racial tension echoing throughout the streets of America’s major metropolitan cities and rural forgotten towns, the message,”Black Lives Matter,â€ can be heard loud and clear in support of African American males fallen toÂ police brutality. However, many are questioning where the support lies for the numerous black female lives lost by way of law enforcement.

According to Huffington Post Black Voices, three months after Tanisha Anderson lost her life in an incident with Cleveland police officers, the community is still waiting for answers.

The 37-year-old died in November after her mother called 911 while Anderson was having a “mental health episode.â€ Officials say when officers tried to take Anderson to a treatment facility, she struggled and then went limp; her family says police slammed her to the ground and put a knee in her back.; Her death was ruled a homicide.

“We wanted to make sure [Anderson’s death] didn’t get swept under the rug,â€ Rachelle Smith told The Huffington Post. She and others protested at Cleveland’s Justice Center this week over the lack of information in Anderson’s case. “We hear a lot about Tamir Rice and Eric Garner … There’s no hierarchy in these tragedies, but she was unarmed, and the police were called to help her — there’s this intersectionality of oppression there, and innocence.â€

The lack of mainstream media attention brought two transnational feminists groups, the Sister Circle Collective and AF3IRM NYC together, to raise consciousness during the the Millions March NYC, primarily led by two black women, Synead Nichols and Umaara Iynaas Elliott. More than 50,000 people showed up to march in solidarity.

Some activists, like writer Dream Hampton, intentionally amplify the experiences of other black women. She told the Huffington Post she was encouraged by the country finally talking about police militarization after years of raising concerns in a “pro-policing culture,â€ but conversations need to be more inclusive.

“The reason why it’s important to center girls and women in this conversation is because the other narrative, and it’s not a competing narrative, but it’s just not a complete narrative, is that this only happens to black boys and men,â€ Hampton told HuffPost. “We have always only framed this as a black male problem, and it is time to tell the entire truth about who police violence and terrorism happens to.â€

In effort to combat the overgeneralizing belief that mostly men are Â threatened by the repercussions of racial injustice, the YWCA USA held it’s Capitol Hill luncheon, April 23,2015 in Washington, DC, to take a stand against the racial profiling of women of color.

The organization’s Mission of Impact division says, they are committed to battling racial justice and finds it crucial to shine light on those issues intersecting race, gender, and violence—with continued racial profiling of black males occurring in the media, the YWCA acknowledges racial profiling as more than just a black male issue, stating, women of color are also frequently targeted by law enforcement.

Pro-fem groups continue to bring awareness to women victimized and slain by police brutality during protests throughout the country.