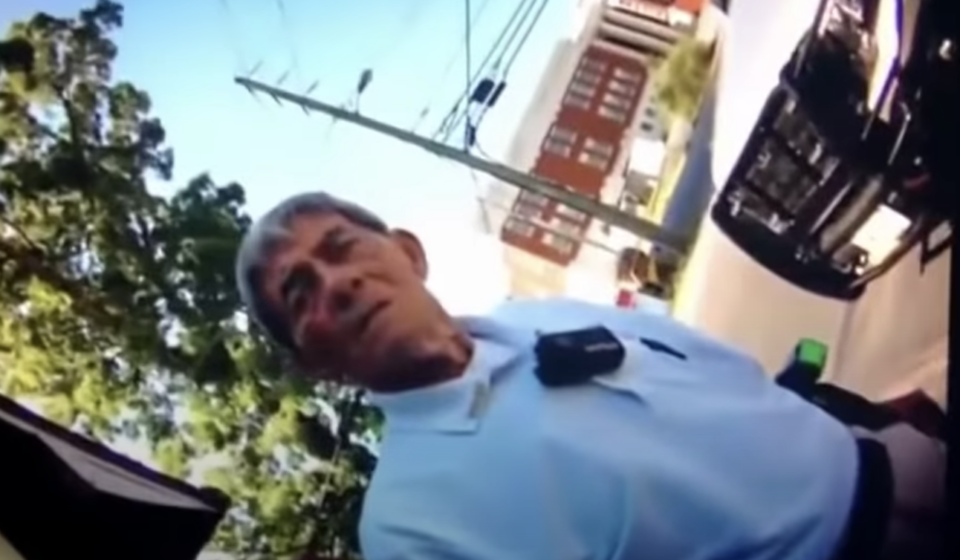 Two white law enforcement agents from a small Georgia town have been ejected from their positions following the discovery of racially-charged footage from a body camera thought to be not working. The footage was reportedly recorded around June 2020 when Hamilton police officers wore bodycams to a Black Lives Matter protest in the municipality shortly after George Floyd was killed.

The footage showed the two men spewing racist vitriol, including the n-word and even making sexually-explicit comments about Atlanta Mayor Keisha Bottoms and Stacy Abrams, a former Georgia Democratic gubernatorial candidate– both are Black.

“Well, you know what now? This, I don’t know if this has any merit, back in the slave times, but there was a lot of them mistreated,” Allmond said. “I don’t have any doubt about that.”

Brooks responded to the bigoted rhetoric, saying, “And now, we give them all those things, and they don’t have to work.”

Buddy Walker, the assistant to the mayor, told the New York Times that Brooks was attempting to show Allmond how the camera worked.

Initially, the officers thought the bodycams were broken, but it turned out the storage was full and couldn’t hold any more recordings, the publication reported. A city employee found the disturbing video and turned it into the mayor’s office, where Walker and Mayor Pro Temp Ransom Farley, a Black man, reviewed the video.

“To look at the video with him, to listen to someone that he’s known for many years — my reaction was incredibly bad. You can imagine his reaction,” Walker said regarding watching the video with Farley.

“It hurts,” he said, “when you think you know somebody and you don’t.”

“Everybody knew what had to be done,” Walker said. “It was not one of our proudest days.”

After confronting the two disgraced officers with the evidence, Brooks asked to see the bodycam video.

“He watched the entire video and then came in and told the mayor pro temp that he was sorry — that that was really not the way he was,” Walker said.

“I’m not accepting your apology because you’re sorry that you got caught. You’re not sorry because of what you said,” the mayor pro temp responded.

Allmond resigned on Monday, and Brooks was terminated on Tuesday after failing to give back department-issued materials as agreed.