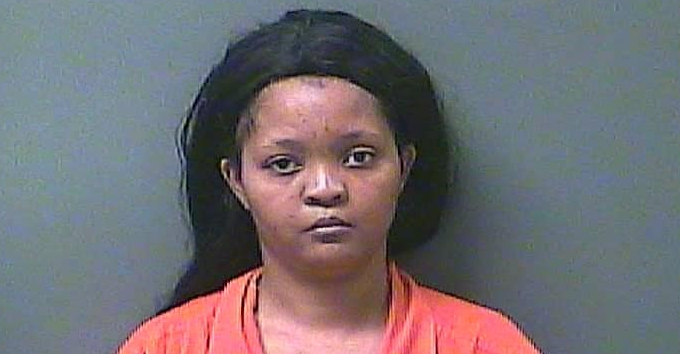 Police officials in Indiana have accused of a woman of killing her husband, chopping up his body, and forcing her two children to help put the body parts in bags.

According to the Associated Press, Thessalonica Allen, 34, has been charged with her husband Randy Allen’s death after fatally shooting him and then using an ax to cut off his legs. She then tried to enlist her two teenage children to help dispose of his remains in an attempt to burn the body parts.

Allen now faces more than a half-dozen charges, which include murder, abuse of a corpse, and child neglect. The incident took place last Tuesday inside an apartment in LaPorte, IN.

At a Wednesday hearing, the judge entered a not guilty plea on her behalf and appointed a public defender for Allen.

According to court papers filed, authorities say a man, who lives in Michigan and has a child with Allen, informed police officers about the killing last Thursday after she attempted to get him to help dispose of the body after she showed it to him in her closet. He said that she also claimed that her husband had been beating their child.

The New York Post also reported that when police officers arrived to arrest Allen, she reportedly told them that her husband had beaten her and that she shot him after they had a physical fight.

The kids reportedly told authorities that their father, Randy Allen, had been helping them on a computer and while doing so, he viewed a website that their mother had visited. That sparked an argument in the bedroom. Then the children heard a gunshot.

Police also found two papers in the apartment placed under the daughter’s pillow that appeared to be a to-do list. The papers listed things like “hit him with a hammer and stab him” and “roll up the body in sheets and plastic bags,” according to the documents filed at the hearing.