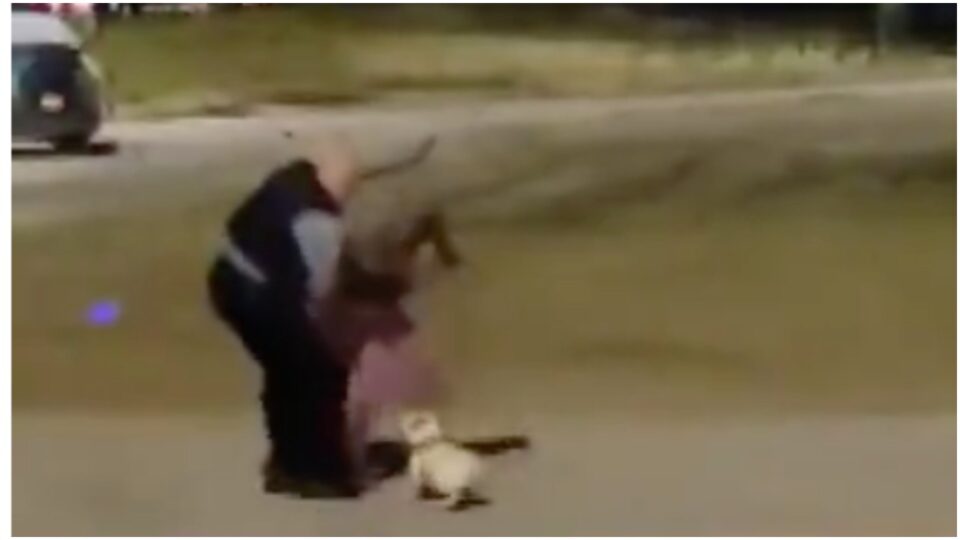 A police officer in Chicago has resigned after a video of him assaulting a Black woman walking her dog on Aug. 28 went viral.

According to NBC News, Nikkita Brown was walking her dog after midnight on the North Avenue Beach when she was stopped by former Chicago PD Officer Bruce Dyker for trespassing.

Body camera footage recorded Dyker grabbing Brown while she tried to record him approaching her. Brown begged him several times to respect her space while citing COVID-19 as she began to leave, but he ignored her while yelling he didn’t need a mask because they were outdoors.

He continued to follow her while claiming he would handcuff her, and a struggle ensued as she screamed for him to let her go. The struggle caused Brown to drop her phone before Dyker eventually let her exit the park with her French bulldog. She called 911 when she got home and filed a report against Dyker.

Keenan Saulter is one of Brown’s lawyers and said his client was racially profiled by Dyker, who failed to approach white pedestrians in the area the way he approached Brown.

John Catanzara from the Chicago chapter of the Fraternal Order of Police defended the former officer’s actions to the Associated Press. “Bruce just had enough of the nonsense and scrutiny for doing his job.”

Michael Gallagher, who is another of Brown’s attorneys, said the response from Catanzara and the Fraternal Order of Police is an example of a cover-up.

“The FOP President Catanzara’s claim that Officer Dyker was ‘just doing his job’ is just another example of him covering for rogue officers,” said Gallagher. The city’s mayor Lori Lightfoot was reportedly “quite disturbed” by videos of the incident, which resulted in a Civilian Office of Police Accountability investigation.

Dyker had been on desk duty prior to his resignation in May and left before any formal disciplinary action was rendered.