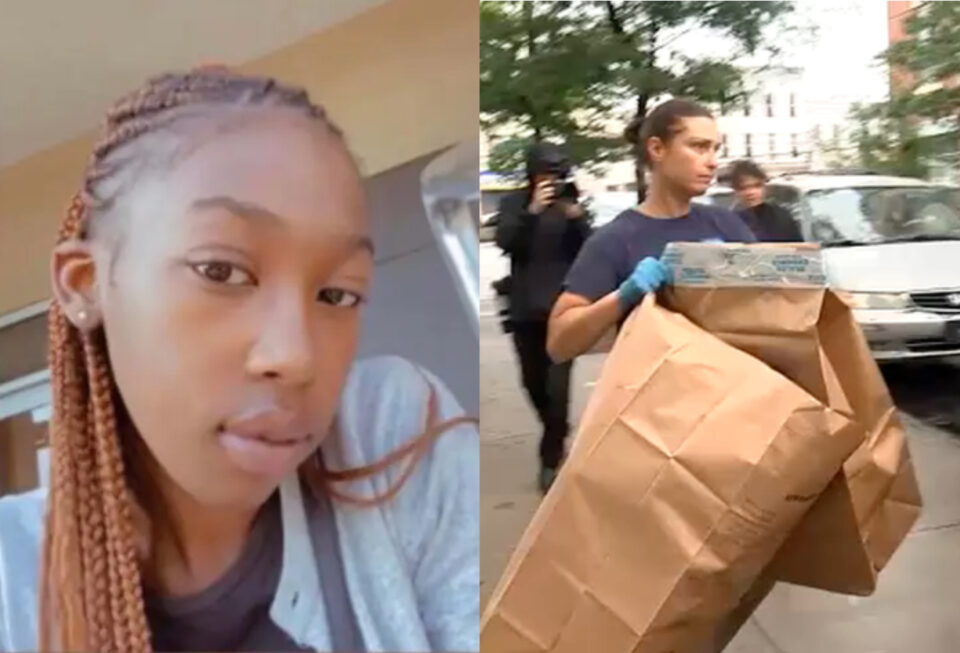 The New York Police Department is on the search for a 23-year-old man who is a suspect in the gruesome murder of a 22-year-old woman.

On Friday, police named the boyfriend as a “person of interest” after Dasia Johnson was found dismembered and stuffed inside two suitcases in her Brooklyn apartment, NY Daily News reported. The boyfriend was allegedly last seen leaving the victim’s Linwood St. home in Cypress Hills with a duffel bag right before the building’s security guard made the grisly discovery.

The guard allegedly searched the apartment after residents complained about the foul smell coming from the sixth-floor unit. A meat cleaver was reportedly located near her dismembered remains. The apartment reportedly provides living space for women in crisis and people recently released from NYC’s notorious Rikers Island jail.

The building guard reportedly said the victim’s boyfriend initially refused to let them inside for a wellness check. After the guard went downstairs to call the police, they saw the suspect leave with a male friend carrying a suspected bag of evidence, ABC 7 NY reported.

After he left, guards entered the apartment to “see blood all over the place,” NYPD Chief of Detectives James Essig said Thursday.

“It was like something in a movie,” building resident, Stephanie Harris, said.

“Not something you see in real life. Blood everywhere, it was nasty. You could imagine what happened to her. She fought for her life, cause there was blood like splattered.”

Harris recalled how the male suspect would regularly abuse the victim.

“He always said, ‘The only way you get out is when your mother’s gonna bury you, b—h,’” Harris said.

Police have not released the identity of the male suspect. He’s also reportedly wanted for another domestic violence incident but there is no word on whether it involves the victim.

The woman reportedly had a valid order of protection against her boyfriend until the end of the month.

The victim’s aunt called out building security guards for continuing to let the boyfriend enter despite times when he was seen abusing her in the hallways, NY Post reports.

“They know their tenants. They opened the door for him,” the aunt said.

“She didn’t have no other boyfriend. They didn’t do enough. They could have prevented him from coming in there…They’re security, they’re trained to put somebody down. There is [sic] ways to stop him from coming in.”