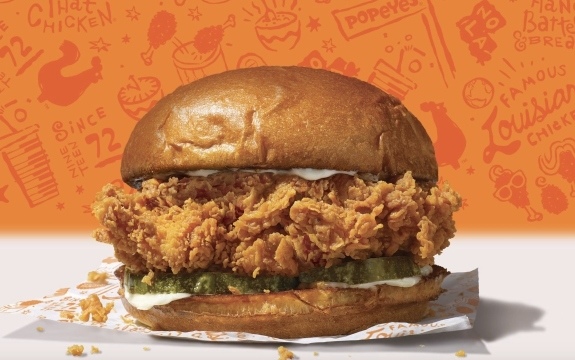 At a time where hiring for the holiday season is beginning, a fast-food restaurant will get the jump on job seekers. According to Bloomberg, Popeyes is bringing back the chicken sandwich that caused a frenzy among consumers and will hire extra staff to properly handle the next phase.

Sun Holdings Inc., which operates about 150 Popeyes locations, will offer the chicken sandwich beginning in early November, according to Chief Executive Officer Guillermo Perales. But, this time around, the restaurants are hiring an additional 400 employees and may dedicate up to two people per store to make the sandwich, he said. “The first time they weren’t ready.”

“Our franchisees have worked to increase staffing,” Restaurant Brands said in a statement. “We have been working diligently to bring the sandwich back to our restaurants soon, as we know our guests are anxiously anticipating its return.”

The chicken sandwich caused such a big frenzy when it appeared on Popeyes menu this past summer. The sandwich was so popular that it sold out immediately and caused customers to take extreme actions to get their hands on one. One customer allegedly pulled out a gun at a Popeyes restaurant demanding the menu item while not believing the store manager of the sandwich being sold out. There was another consumer who sued the restaurant chain for $5,000 because he wasn’t able to taste the infamous chicken sandwich. The Chattanooga man, Craig Barr, who owns a company in the automobile industry, claims Popeyes purposefully over-hyped the sandwiches and under-delivered quantity to increase popularity and garner attention. “It’s totally deceptive. Who runs out of chicken? It’s a big fiasco. Someone has to stand up to big corporate,” said an agitated Barr. “Everyone is captivated by these sandwiches. They’ve got everyone gassed up on them.”

According to Forbes, Apex Marketing Group estimated at the time that Popeyes reaped $65 million in equivalent media value as a result of the Chicken Sandwich Wars. The firm, based outside Detroit, defines that as the price a company would have to pay to purchase the attention it received for free.

This time around, Popeyes is more prepared for the onslaught and has stated that it’s officially a menu item now.