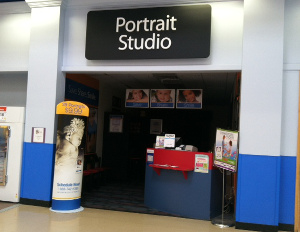 The grand American tradition of posing for family photos at department stores is coming to close, a victim of digital technology.

CPI Corp, the portrait provider behind studios in Sears and some Wal-Mart stores has closed, according to a statement on its website that said all its U.S. locations have shut down “after many years of providing family portrait photography.â€

The company, based in St. Louis, has provided photography services for over 60 years in more than 3,000 locations, mostly Wal-Mart and Sears stores.

CPI suffered the same fate as Eastman Kodak, a victim of the popularity and affordability of digital cameras and Smartphones. CPI was unable to pay back creditors and was warning about a possible liquidation. Even after bringing in a new chief executive last year, sales slumped and the company reported $20.2 million in net loss.

Sears said it was notified of the CPI closing on Thursday and was “working with CPI to ensure that it fulfills its outstanding orders.â€ Wal-mart, who saw less than 20% of their stores affected by CPI’s closure, also made contingency plans for customers who had had pending orders.

Workers told TribLive the closing caught them off guard.

“There’s almost no word to describe this. It’s devastating,â€ said Jennifer McDowell, a three-year CPI employee. “There’s a chance (CPI) was not going to make good on their promises to customers, and if they don’t, they make us look like liars,â€ she added. “Leaving the clients in the lurch is not right. … We’re trying to do our best to take care of our customers even now. That’s where our loyalty lies.”