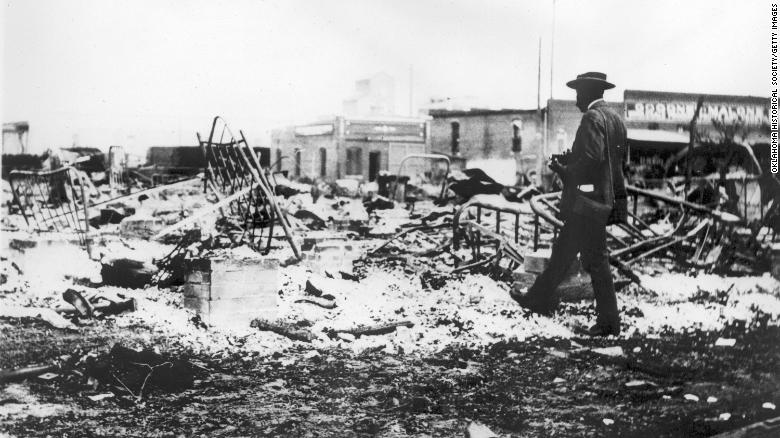 People who think they might be descendants of victims of the 1921 Tulsa Race Massacre can submit DNA to aid scientists in identifying the remains.

On Wednesday, Danny Hellwig, laboratory director with Intermountain Forensics, said researchers aren’t starting the identification process just yet, Tulsa World reports. But have decided to start taking donations after receiving an outpouring of requests from residents on how to provide genetic material.

“That’s what prompted this,” Hellwig said. “We didn’t expect the amount of support and willingness to help… people have jumped out of the woodwork,” offering DNA for testing.

Black people who had ancestors in Tulsa in 1921 are highly encouraged to donate, Hellwig said.

“What we need is to populate these databases with family lines” of direct descendants, Hellwig said.

The donations could help researchers identify the remains within days.

Hedwig noted, “if we’re only matched with very distant relatives, it can take much longer.” Prior searches took upwards of four years using such matches.

CBS News reports that the Salt Lake City nonprofit foundation is examining 14 sets of remains removed from a local cemetery last year. At least two of the remains are said to contain enough usable DNA to test for possible identification.

The length of time they have been deceased will make it much harder for researchers to determine if they’re victims of the massacre.

Those who think they might be a descendant can submit their information through genealogy sites like ancestry.com or 23andme.com and upload that to www.tulsa1921dna.org. Hellwig said donors can prohibit their data from being shared with other agencies, including law enforcement, and can remove their information at any time.

Last year marked the centennial of the Tulsa Race Massacre of 1921 when a white mob destroyed the thriving Black town of Greenwood. More than 1,000 homes and businesses were torched, turning what was once known as Black Wall Street into burnt rubble.