Post Office Workers Indicted After Stealing $750,000 And Over 1,000 Credit Cards In Interstate Scam 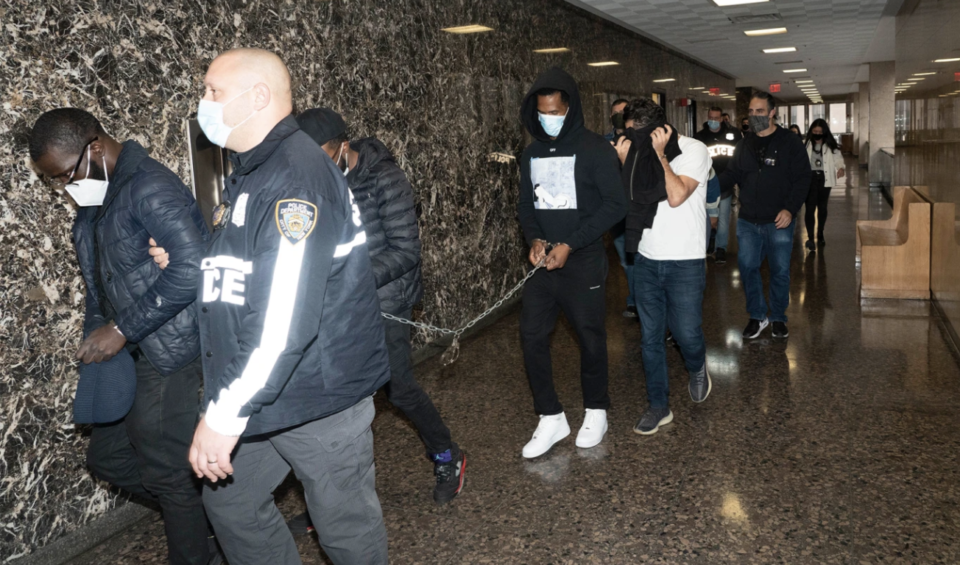 On December 8, postal workers from various parts of the East Coast were caught and arrested for an elaborate identity theft ring worth an astounding $750,000.

According to the Manhattan District Attorney’s Office, ten suspects (four of whom were post office employees) were indicted on second-degree grand larceny, fourth-degree conspiracy and a plethora of other charges in the New York State Supreme Court. A statement from the district attorney’s office named Michael Richards, of Manhattan, as the 37-year-old mastermind. Kennisha Murrell, 36, Curquan Highsmith, 31, Bruce Bienvenue, 31– all from Brooklyn and Kenneth Freeman, Jr., 25, of Maryland, allegedly stole credit cards from batches of mail deliveries made in Manhattan, Brooklyn and Burke, Virginia.

According to the district attorney’s office, the crew of bandits jacked over 1,000 credit cards between January 2017 and  August 2019. Richards based each co-conspirator’s kickback on how much they could spend on each credit card.

The elaborate scammers used the other suspects, including– Shamar Haughton, 38, who was responsible for receiving the stolen credit cards; Justin Forgenie, 33, was responsible for accessing the victim’s personal information via personal information databases like Transunion and passing the info to Richards. The ringleader gave Tatiana Smith, 34, the stolen credit cards with the victims’ private info to make expensive purchases from luxury retailers like Louis Vuitton, Bloomingdale’s, Hermes, Chanel and Neiman Marcus. Her purchases had to be easily resellable or exchanged for store credit which was then sold for cold, hard cash.

The last two co-conspirators, Suzana, 34, and Daniel Mikhaylova, 39, got in on the action by allowing unauthorized transactions at The Watch Standard– the jewelry store they own.

The gig was officially up in February 2019, when the elaborate fraud scheme caught the attention of one credit card company. The company noted that card owners kept reporting missing cards, and representatives asked the United States Postal Inspection Service (USPIS) to investigate. The USPIS gave the accused criminals enough rope to hang themselves.

USPIS Inspector in Charge Philip R. Bartlett commented on the bad apples which worked for the post office, saying, “The USPS has more than 640,000 professional and dedicated employees. Unfortunately, we occasionally identify a few bad actors who are swiftly removed from government service. Today’s arrests of this gang of criminals is an example of the commitment of Postal Inspectors and their law enforcement partners to bring those to justice for illegal acts against the public, no matter where they are found.”

“This holiday season, we know that identity thieves will be targeting not just our inboxes, but our mailboxes.”

“So, we’re putting scammers on notice: the Manhattan D.A.’s Office has the expertise, resources, and partnerships in cybercrime and identity theft to find you and hold you accountable,” he continued. “We will continue to work hand-in-hand with the U.S. Postal Inspection Service and the NYPD to stamp out fraud and protect the integrity of a service relied upon by millions of New Yorkers.”