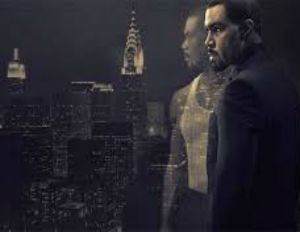 Will Ghost (Patrick-Omari Hardwick) figure out Kanan (50 Cent) put a hit on him? Do you think FBI Agent, Angela Valdez (Lela Loren) will continue her love affair with her high school sweet heart Ghost, despite finding out he’s a drug dealer? Is Tasha St. Patrick (Naturi Naughton, who plays the wife of Ghost) really a “ride or die chick?” Or do you think she’ll take her husbands money, and leave him high and dry? These are just some of the questions that fans of “Powerâ€ are sitting on the edge of their seats waiting for. Â And from the looks of things, this season won’t disappoint.

[Related: 50 Cent’s SMS Promotions Is On The Ropes]

In 2014, ‘Power,’ a drama created by Courtney Kemp and executive produced by 50 Cent, premiered with just 462,000 viewers but that number nearly doubled its viewership with 1.082 million in the first airing of its finale,Â according to Nielsen.

During an interview withÂ VIBE,Â Omari Hardwick and Lela Loren were asked to describe season 2 of Power in 140 Characters:

Watch Courtney Kemp Agboh chat with the Daily News about how she connected with 50 Cent, what we can expect from season 2 and the characters’ gender equality.

Will you be tuned into the new season of Power on June 6?