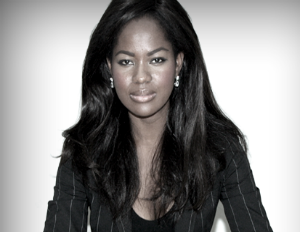 MacDella Cooper has enjoyed a successful career inÂ fashion and corporate event planning, working for companies including Ralph Lauren and living a glamorous life of affluence. But she could never forget her homeland and past.

As a teen, she and her siblings were able to escape civil war in Liberia in the early 90s—a fate hundreds of thousands were not so fortunate to meet— to find a more peaceful and lucrative life in the U.S.

Thus, theÂ MacDella Cooper FoundationÂ (MCF)Â was birthed in remembrance of her experience as a young refugee and in response to a need to give back. Launched in 2004, MCF is a 501(c)(3) international charitable organization that works to empower and educate Liberian youth; particularly orphans and abandoned children. The organization also supports the MCF Academy, the first tuition-free boarding school for orphaned Liberian children.

BlackEnterprise.com caught up with the now mother of two to talk about the power of black women forging global change, and how she was able to use her skills in the fashion industry to sustain a successful nonprofit.

What inspired you to start the MacDella Cooper Foundation?
Cooper:Â When I was working at Ralph Lauren, I was in a circle of international jet setters and I was always the one black woman in my groups. People would ask me, ‘Where are you from?’ and I would tell them Liberia. Their response would be, “Oh my goodness, is your country OK? Â I heard there’s a horrible war going on.”

I was constantly reminded of where I came from and what was happening there. I had been privileged enough to have survived the war and to obtain my education in the U.S. That reminder to me was a prompt to do something. That was the driving force behind taking action to help women and children in the country where I came from.

How were you able to use the skills developed during your career in fashion to build and sustain a successful nonprofit?
Part of my responsibilities at Ralph Lauren was to coordinate corporate events, and we often had these events around New York City. I was able to build this massive network of contacts…of people from all over the world; from Paris to London to Milan to New York to Los Angeles. Building relationships during my work enabled me to sustain a foundation because I knew I could organize people who cared enough about my work to support me.

I had the skill set to build a great public relations campaign and produce events, and that helped as well. I could bring all of my friends—diplomats, politicians, Wall Street professionals, and creatives—to work together to accomplish a goal of alleviating poverty and providing education to children in Liberia. The skill set mattered, but what really mattered most was keeping relationships strong throughout the years.

What is the type of impact you’ve seen with your foundation?
We’ve been able to revamp orphanages, build schools, put students through college, and we’ve trained women in basic skills to sustain a way of living so that they won’t have to give up their children [due to poverty].

For children, we offer the four basic human rights: We provide access to education, healthcare, food, and shelter. That’s the model we’ve established.