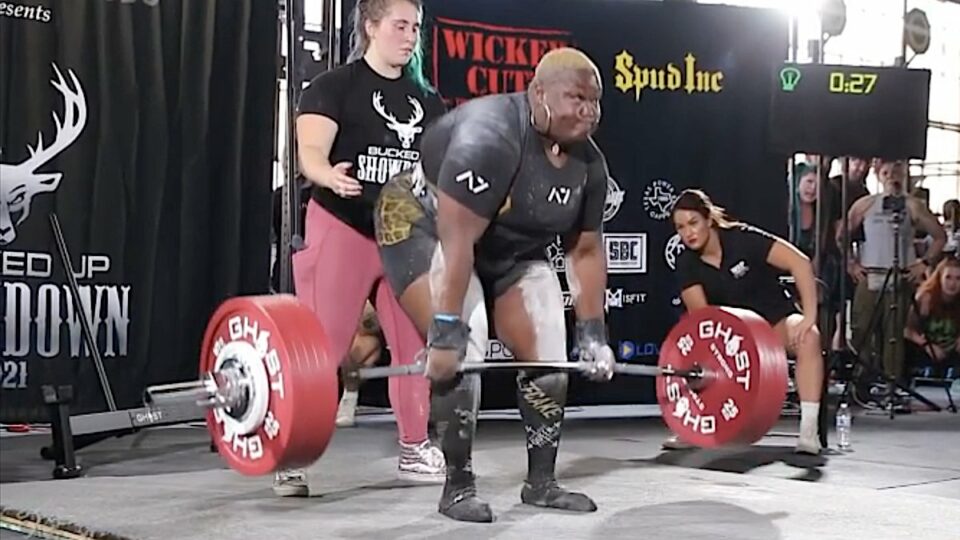 This powerlifting mom battled weight gain and a divorce before she lost over 100 pounds and became a champion in her sport.

Tamara Walcott of Maryland said an encounter with her son’s sock was the moment she knew she had to make a change in her life.

“I remember taking one of [my son’s] little socks and putting it under my bra, because the bra was cutting into my skin,” the 37-year-old mother of two told Good Morning America. “That’s when I kind of realized like, this is enough. Tomorrow you have to do something. You are getting to the point where it’s just out of control.”

At the time, Walcott weighed over 400 pounds—the most she’d ever weighed in her life—while also moving through a divorce.

She decided to gradually reclaim her health by setting one goal each day, like going for a walk or drinking plenty of water. She also changed the way she looked at food.

“What you put in is what you’re going to get out,” she told herself repeatedly.

A former athlete in her high school days, Walcott began to incorporate fitness into her lifestyle. She tried cardio-based workouts, like kickboxing, but fell in love with powerlifting.

“The first day I walked in a squat rack, I knew this was it,” she recalled. “Something about powerlifting just felt right. If I can control the weight on my shoulders, then I could take control of everything else in my life.”

Walcott lost over 100 pounds after starting to powerlift in 2017. She said she had to push through when self-doubt came up. Oftentimes, she was the only woman she saw training and competing, and most times, the only Black woman.

“Walking in was nerve racking, because I was still really heavy. I do remember the snickering and the remarks of,’ Why is she here?,'” she told GMA. “But I tuned things out. I’m here for a goal. I’m doing it for me.”

But that didn’t stop her from succeeding.

“I did it and I never looked back, and I didn’t care who thought that I should be on a treadmill running for hours,” she said. “I didn’t care. I just knew that this is what I love. It’s changing my body.”

The full-time property manager lives a busy life supporting all of her passions. She works a full day, has dinner with her kids—now ages nine and 15—then trains at the gym for two to four hours, three or four nights a week.

With a deadlift of 636 pounds, Walcott set a new world record at the 2021 World Raw Powerlifting Federation’s The Showdown in Kansas City, Mo. in September. She also set a personal record in bench press with 363 pounds and a competition best in squat with 584 pounds.

Now, through her brand “plus-size queen,” she hopes to inspire other women to challenge and embrace their bodies.

“I want to grow that brand because plus-size in my mindset means so many different things. It’s not to society’s standards of what plus-size is,” she said. “It means bigger, better and stronger than the rest.”