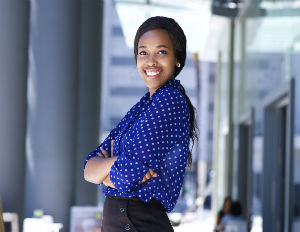 In four years, Brackeen has gone on to raise $6 million in venture capital. He is currently doing a $10 million Series A Round to handle volume, hire more engineers and sales people, and to scale the business. Miami is one of the most entrepreneurial cities in the country; there are also a large number of angel investors here, says Brackeen.

“In California there are three companies for every one angel investor, and Florida has three angel investors for every one startup,â€ he claims, noting the State of Florida, at $100,000, is an investor in Kairos. Early this year Brackeen was one four companies selected to present Kairos to a room of investors at the Morgan Stanley Disruptors Showcase as part as a three-day event hosted by PowerMoves Miami.

PowerMoves, a national initiative to increase the number of venture-backed, high-growth and high-tech companies led by entrepreneurs of color, opened an accelerator in Miami this February. PowerMoves began in 2014 as a program to position New Orleans as a hub for entrepreneurs of color. Since then, it has rapidly grown to become a national initiative.

In just one year, PowerMoves.NOLA has nationally sourced 100 companies led by founders of color from 26 major cities across the country and helped secure more than $17 million in capital commitments.

Miami is the first city outside of New Orleans to host a PowerMoves office and year-round programming, including pitch competitions, boot camps, networking events, and fellowships. “With the help of the John S. and James L. Knight Foundation (a $1.2 million investment), we decided to launch a physical presence not just a three-day convening in Miami,â€ says Janelle Alexander, managing director of PowerMoves Miami and former Entrepreneur-In-Residence at PowerMoves NOLA.

Alexander identifies talented entrepreneurs, serves as a mentor, and assists with programming. “Five or six companies will be chosen to participate in PowerMoves Miami. We will give them office space, guidance, mentorship, and access to networks.â€

PowerMoves helps participating entrepreneurs refine their business models; shape their go-to-market strategies; connect with advisers; and secure early investment to launch, grow, and scale their businesses. “We make connections and introductions. That is one of the barriers to entries that entrepreneurs of color face,â€ adds Alexander.