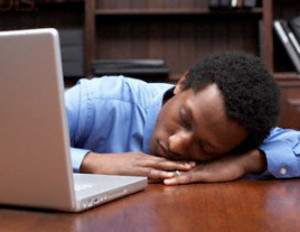 The “afternoon blahsâ€ are a common complaint among workers. Usually striking after lunch or around 3pm, employees often find it hard to concentrate, get sleepy or constantly yawn. Many people attempt to curtail this behavior with energy drinks or coffee, but one company has come up with a solution many of us may remember from our school days, a nap.

Powernaps is a locally owned start up in Fort Worth, Texas, that provides on-site “managed power napping solutionsâ€ to large corporations and small businesses alike. The company offers on-site design and installation for employers who can provide dedicated space for napping pods within their own facilities, as well as retail studio locations equipped with napping pods in a secure, modern, spa-like environment.

The idea of a power nap, a quick 20 — 25 minute nap, has grown in popularity worldwide among corporations, small businesses and universities. World famous companies like Google, Ben & Jerry’s, and Nike all have integrated power napping stations into their facilities as a quick way to let workers recharge. Studies have shown that a quick nap can boost memory, creative skills and energy levels.

“Power napping has been adopted in European and Asian countries both socially and in the workplace,â€ said Ted Olsen, President of Powernaps. “It has recently become widely publicized and recognized within the U.S. as well.Â  There is an endless amounts of research that shows napping is a healthy habit that can lower stress and lead to a longer more productive life.”

Olsen adds, “Americans are working longer hours than ever before; we sleep too little and work too much which is a recipe for increased stress that will inevitably have a negative effect on overall health.”

Olsen and his Powernaps’ team plans to expand studio locations and franchise opportunities within the Southern US states over the next 5 years and continue on-site installations.