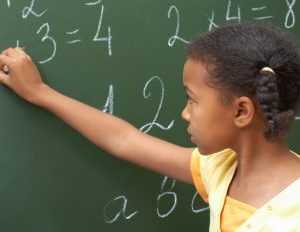 One of the things I love about my job is learning about organizations that target young people of color, to support their academic development and equip them to walk through doors of opportunity.

I recently learned about one such organization, Practice Makes Perfect, a New York City-based program that partners with schools to provide a summer learning experience to students living in high-need communities.

PMP’s founder, Karim Abouelnaga, was driven to start the program because of his own compelling history.

“I was raised by a single mother on government aid,â€ Abouelnaga says. “I went to New York City’s most struggling schools.â€

Although nonprofits and mentors came into his life and kept him from minimizing his potential, he was still very much in a poor scholasticÂ environment. His high school had a 55% graduation rate; only 20% of them were considered college-ready. To Abouelnaga, that was normal.

He told me, “At the time I believed the kids who worked hard would make it.â€ He didn’t understand that there were whole communities that in spite of their greater need were systematically given fewer resources.

As Abouelnaga researched scholarships to fund his own education, he learned about the stubborn inequalities that pervade U.S. education and their sociological impact–students being written off as not being smart enough, as unable to compete–some of the things he himself had seen growing up in poverty.

“The problems weren’t just problems to me,â€ he says of a report on the achievement gap that he read at the time. “They were real people.â€

Abouelnaga seems to have found his life’s work. At age 18, he founded PMP, which has been incorporated since 2011. Now a for-profit public benefit corporation, a legal structure that allows PMP to put its social mission above shareholder return, the organization provides a full summer learning experience for schoolchildren grades K through 9; it uses a near-peer model, in which high-achieving older students from the communityÂ mentor younger ones, so it employs students in grades K through 12 as mentors.

Abouelnaga is serious about the community aspect. “A lot of education reform is led by outsiders and from a sympathetic perspective–‘Let’s help these poor black and Latino kids,’ not from an empathic perspective, from insiders who have lived that same experience.â€

Last summer PMP served more than 1,000 kids; this summer it’s on track to serve more than 3,000. It provides accelerated programs as well as tutoring.

For more information about PMP, visit its website, or watch the video below: