Kamau Marshall Has Been Promoted To The Office Of The USTR 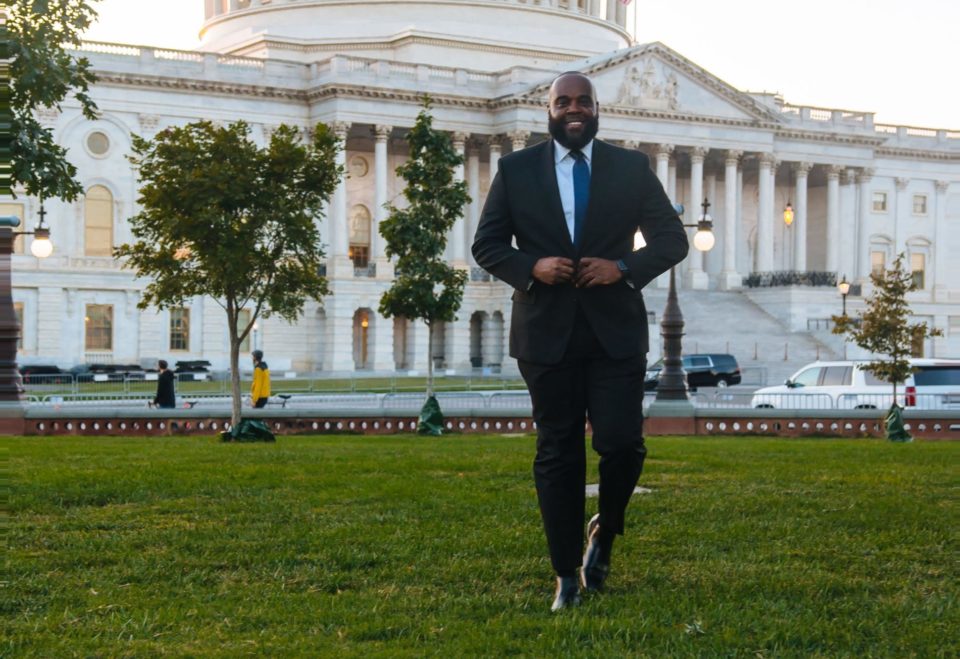 Kamau Marshall, who previously served as President Joe Biden’s Director of Strategic Communications, has been appointed to the Office of the United States Trade Representative (USTR).

Marshall will now be the Deputy Assistant United States Trade Representative for Media and Public Affairs at the USTR in the Executive Office of the President. The Texas Southern University graduate has spent more than a decade working in various roles in government including working for Rep. Al Green (D-TX) and the late Rep. Elijah Cummings.

Marshall has extensive communications experience having served as the Director of Strategic Communications for Biden’s presidential campaign, from its beginning in April 2019 through the campaign’s victory in November 2020. Additionally, he also served as a senior advisor and spokesperson for the 59th Presidential Inaugural Committee. He also served in the Obama-Biden administration as the communications advisor and speechwriter at the U.S. Department of Agriculture.

The former Biden aide also worked for the Democratic Congressional Campaign Committee (DCCC). Marshall was a key figure during his time at the DCCC, working directly with the late John Lewis and helping the Democratic Party take the House of Representatives for the first time since 2006.

Marshall called the appointment an honor.

“It’s an honor to serve the people while being a public servant in this space, working for President Joe Biden and Vice President Kamala Harris under the leadership of Ambassador Katherine Tai,” Marshall told BLACK ENTERPRISE in a statement.

During Biden’s run for the White House, Marshall was tasked with reaching out to Black Americans for the campaign and unlike previous campaigns on both sides of the political spectrum, Marshall made it a point to reach out to different segments of the Black community.

“The African American community is not monolithic. We know that the Black community is diverse within its own race,” Marshall told BLACK ENTERPRISE last October. “Also, I think that goes for other races as well. You have to reach out to those different constituencies within that constituency. We saw that at the very beginning and that all came from listening to people.”