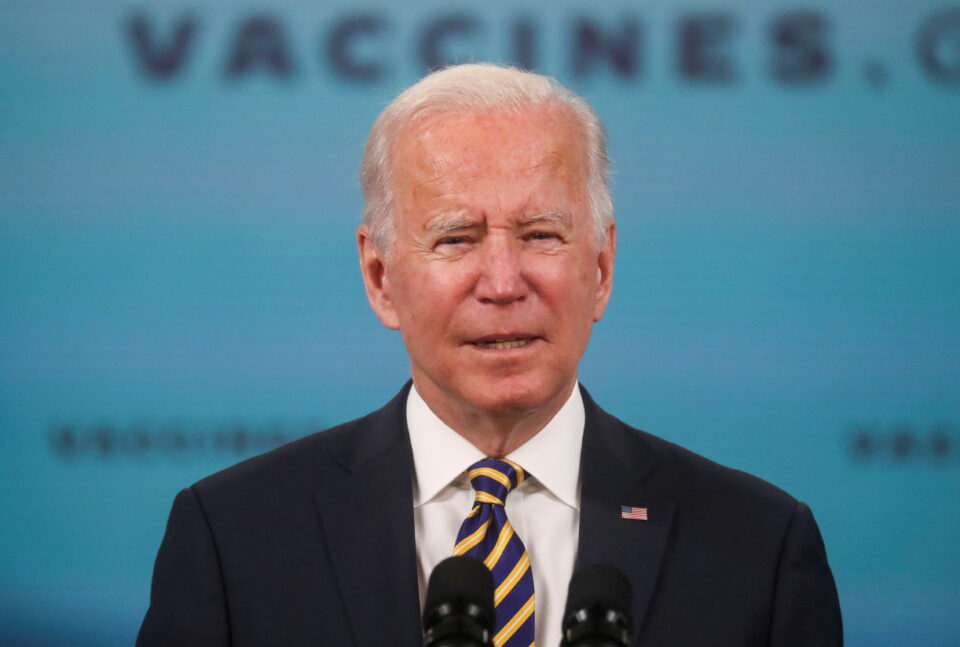 President Joe Biden was quick to blame former President Donald Trump and his supporters on the one year anniversary of the Jan. 6th Capitol Riot.

Biden blamed the former president and those that attacked the Capitol for holding “a dagger at the throat of Democracy,” with his baseless election lies and warning that American Democracy is still under constant and urgent threats.

The President’s strong words set the tone for a day of remembrance that included moments of silence, lawmakers recalling the terrifying hours they were stuck in the capitol as an angry and violent mob raged outside, and fiery speeches including from former President Barack Obama.

The only Republicans that attended a moment of silence in the Capitol on the anniversary were Liz Cheney (R-WY) and her dad,  former Vice President Dick Cheney.

“For the first time in our history, a president not just lost an election, he tried to prevent the peaceful transfer of power as a violent mob breached the Capitol,” Biden said in his 20 minute speech. “You can’t love your country only when you win.”

Biden also commented on the importance of passing voting rights legislation and the continued refusal by Republicans to acknowledge that Biden won the election.

“We must be absolutely clear about what is true and what is a lie,” Biden said. “The former president of the United States of America has spread a web of lies about the 2020 election.”

Five people were killed during the Capitol Riot and several other Capitol Police officers committed suicide in the aftermath.

Trump wasted no time to attack Biden for his words, saying the president used his name to further divide the country.

“Why is it that the Unselect Committee of totally partisan political hacks, whose judgment has long ago been made, not discussing the rigged Presidential Election of 2020? It’s because they don’t have the answers or justifications for what happened,” Trump wrote.