Jay-Z Inducted Into The Rock and Roll Hall of Fame 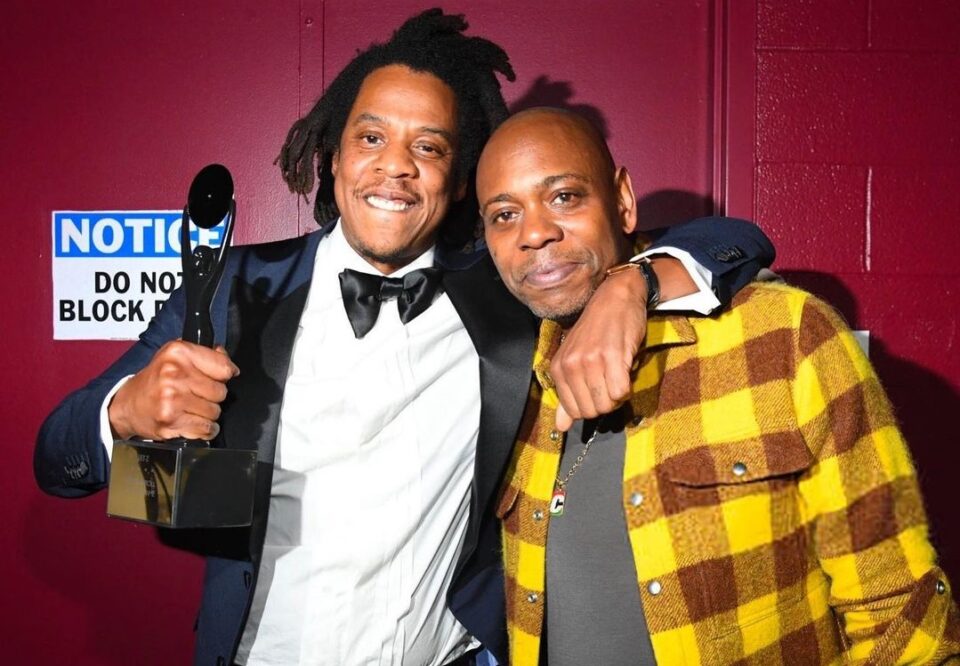 Jay-Z stole the show at the Rock and Roll Hall of Fame 2021 Induction Ceremony with a star-studded welcome video and induction speeches by former President Barack Obama and Dave Chappelle.

The Brooklyn rapper and mogul’s induction, the second to last of the evening, lasted about 30 minutes, ten of which was Jay-Z’s acceptance speech, during which he recounted his rise in the music business. He also took the opportunity to acknowledge the rappers who paved the way for him, including fellow inductee LL Cool J. Notably, Jay made it a point to thank former business partners Kareem “Biggs” Burke and Damon Dash, with whom he’s had a public rift since the dissolution of their label Roc-A-Fella Records in 2009.

Before welcoming Jay to the stage with a standing ovation, fans were treated to a presentation featuring celebs from all walks of life. First off was Obama who appeared on screen and joked that he “can relate to Jay-Z, because we are both married to women who are significantly more popular than we are.”

Finally, Chappelle took the stage to offer Jay-Z’s official induction speech. He took the opportunity to allude to his ongoing Netflix controversy, but mainly stayed stayed on topic, celebrating Jay and the accomplishments that earned him this honor.

“It’s an incredible honor to induct this next man into the Rock and Roll Hall of Fame. But I need everybody in Rock and Roll to know that even though you are honoring him, he’s ours. He is Hip-Hop forever and ever. And a day. I could sit up here tonight and talk about his acumen as a business man, talk about his accomplishments in music. But I think what’s most important for everyone in this room to know is what he means to us. What he means to his culture.”

Following the ceremony, Jay-Z made his second appearance on Twitter for the year, thanking those who participated in his welcome video, then coming back to acknowledge former mentor Jaz-O, who was omitted from the thank you speech.

The 2021 Rock and Roll Hall of Fame Induction Ceremony, which also saw LL Cool J, Carole King, Clarence Avant and Tina Turner honored, will air on HBO on Nov. 20. Below is a Jay-Z’s full presentation, captured by a fan in the audience.