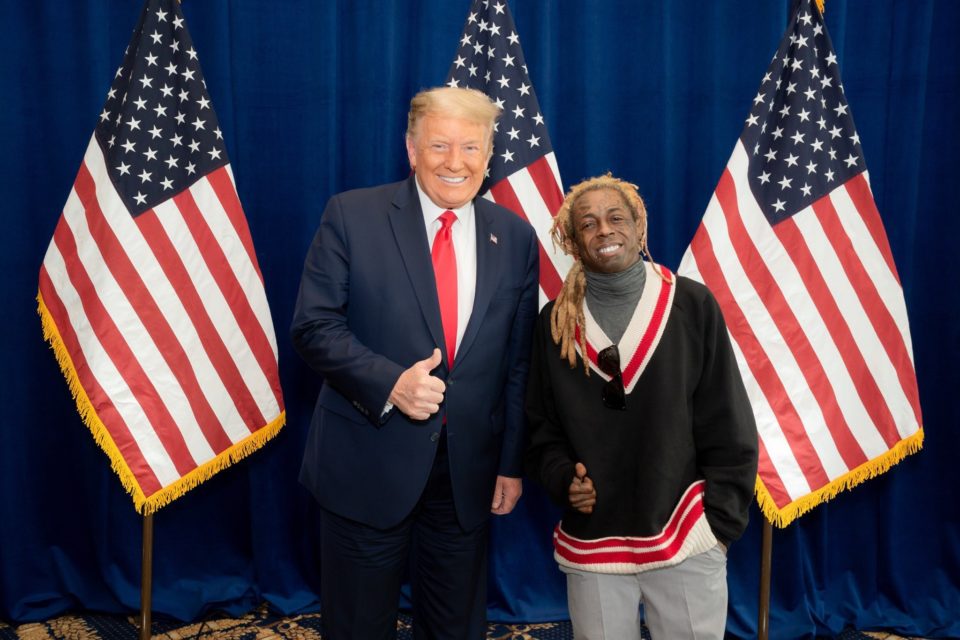 On the official last night of his presidency, former President Donald Trump, as anticipated, granted pardons to a total of 73 individuals and commuted the sentences of 70 others.

BLACK ENTERPRISE recently reported that some rappers may get pardons from Trump. It was no rumor or false news as Lil Wayne, who was recently arrested and faced prison time, and Kodak Black, who, just last week, had requested release and was turned down, were pardoned. Lil Wayne pleaded guilty to a 2019 gun charge last month and was facing significant prison time.

“A pardon for Mr. Carter is consistent with the views of many jurists—including Supreme Court Justice Amy Coney Barrett—that prosecuting a non-violent citizen for merely possessing a firearm violates the Second Amendment to the U. S. Constitution,” Wayne’s attorney Howard Srebnick said in a statement to Complex. “The gold-plated firearm, which Mr. Carter never operated, is a collector’s piece, given to him as a Father’s Day gift.”

According to NBC News, Kodak Black was sentenced to 46 months in prison on federal weapons charges back in 2019 after he had admitted that he falsified information on federal forms to buy four firearms.

“He is happy he will be able to see his son and his family thanks to the President communing his sentence of 46 months for a paperwork offense,” said the rapper’s attorney Bradford Cohen said in a statement to NBC News. “He appreciates President Trump for taking the time to recognize that he can contribute to society in a meaningful way.”

Another notable Hip-Hop executive has had his sentence commuted by Trump. Death Row Records co-founder Michael “Harry-O” Harris, who has been locked up in prison for over 30 years on drug trafficking and murder charges. Behind the scenes, Calvin ” Snoop Dogg” Broadus was advocating for Harris’ release. According to The New York Post, Snoop Dogg said, “That’s great work for the president and his team on the way out. They did some great work while they was in there and they did some great work on their way out.”

“I’m grateful to have received a pardon and to have formally closed that chapter of my life in the eyes of the law,” Perez said in a statement to Complex. “I have taken full accountability for my mistakes from 25 years ago, but I also take tremendous pride in my personal growth, perseverance, and accomplishments since then. This pardon reinforces my lifelong commitment to advocate for criminal justice reform and social justice initiatives.”