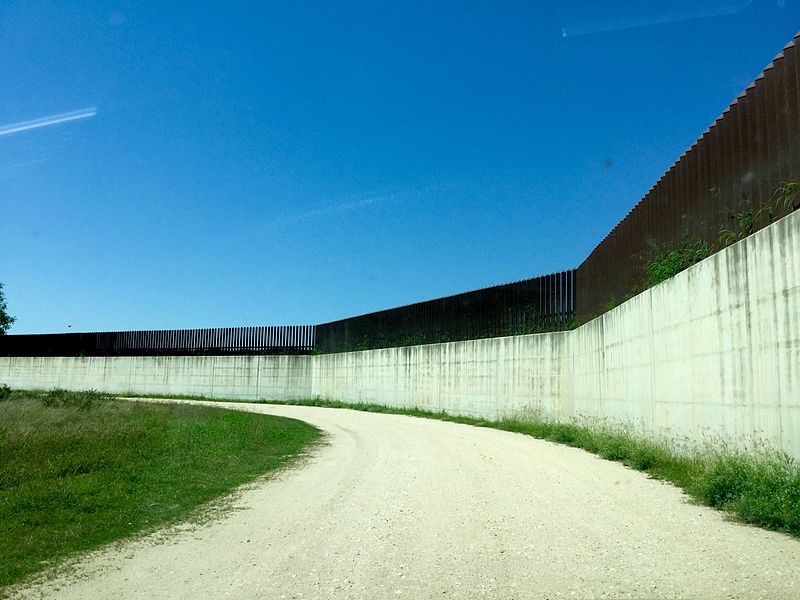 South side of the United States-Mexico border wall in Progreso Lakes, Texas. 21 March 2016.

Vanita Gupta, president and CEO of the Leadership Conference on Civil and Human Rights, called the president’s budget proposal and infrastructure plans a “double dose of bad policy.”

The proposed plan will offer up to $200 billion in federal funding over 10 years to repair roads, build bridges, airports, seaports, energy projects, and water systems. If the numbers aren’t adding up, it’s because states, local governments, and private investors will shoulder much of the financial obligations in the president’s plan.

Critics say leaving key decisions of what needs to be built or repaired, like the water pipes in Flint, Michigan, will leave states and under-served communities in a difficult place since private investors are most likely to fund projects that will pay financial dividends.

“There is bipartisan agreement on the need to rebuild our nation’s crumbling infrastructure and put Americans back to work, and President Trump was elected upon a promise to work with Democrats to do just that,” said Rep. Brendan Boyle, who represents Pennsylvania’s 13th congressional district.

“The president claims that his plan invests $1.5 trillion. In reality, the proposal includes only $200 billion in federal investment after robbing other critical investments, and leaves toll-paying families and state and local governments—already hurt by the Trump Tax Scam—to pick up the tab,” said Boyle, who is a part of the 35-member Blue Collar Caucus.

“Meanwhile, the proposal lets private investors dictate which projects receive funding, and doesn’t say a word about Buy America purchasing requirements. This is not the ‘big league’ bipartisan infrastructure we were promised,” he said.

Gupta said the president’s plans would “leave behind too many American communities and those most in need” and that Congress should ignore the “unacceptable proposals” and craft new legislation.

“His budget would deny critical health care to those most in need simply to bankroll his wall through border communities, while his infrastructure scam would reward the rich and special interests at the expense of low-income communities and communities of color,” Gupta said.

The president also requested $23 billion for border security, including $18 billion for his border wall and money for more detention beds for detained immigrants.

In order to avoid a government shutdown, President Trump suggested in a tweet that a bipartisan immigration deal he labeled a “bill of love” will give young undocumented immigrants a path to legally stay in the United States and grant him the funds to build his wall.

He has also requested $25 billion to go toward border security, a skills-based visa program to replace the diversity lottery system, and an end to “chain migration,” in return for a pathway to citizenship for 1.8 million illegal immigrants, including up to 800,000 DACA recipients. But Democrats have balked at some of these demands, and the two parties don’t appear to be close to an agreement.

Democrats, however have proposed an alternative infrastructure plan to President Trump’s.

Last week, House Democrats unveiled “A Better Deal to Rebuild America” plan, an alternative to the GOP’s, which includes $1 trillion in direct federal investment that would generate 16 million new jobs.

“In addition, the infrastructure plan will invest in American iron and steel to support good-paying jobs, and ensure opportunities for small business owners,” Boyle said.

He said the plan is “another broken promise and missed opportunity for bipartisan problem-solving by the president.”

The proposed $4 trillion-plus budget for the 2019 fiscal year projects a $1 trillion federal deficit with big spending increases for the Pentagon. There would, however, be massive spending cuts from the Department of Transportation and the Environmental Protection Agency, among other agencies.