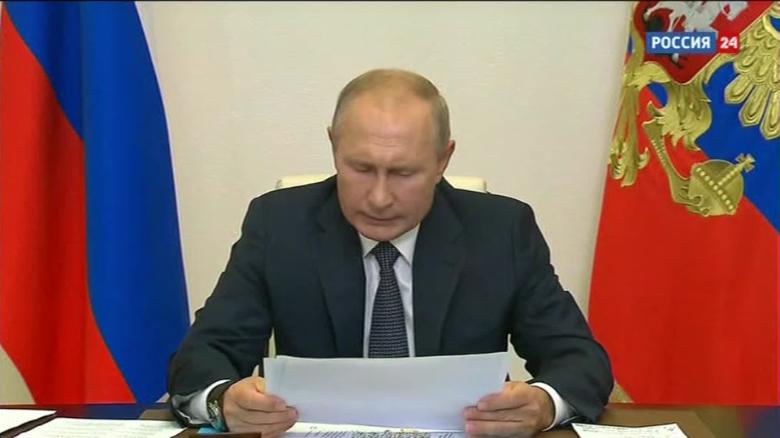 Russian President Vladimir Putin announced the approval of a coronavirus vaccine for use on Tuesday, however, many doctors and scientists are skeptical.

According to CNN, Putin said one of his daughters has already taken it saying she had a slightly higher temperature after each dose, but that: “Now she feels well.”

“A vaccine against coronavirus has been registered for the first time in the world this morning,” the Russian president said on state TV. “I know that it works quite effectively, it forms a stable immunity.”

The vaccine was developed by the Moscow-based Gamaleya Institute and has been named Sputnik-V, a reference to the surprise 1957 launch of the world’s first satellite by the Soviet Union. Despite Putin’s excitement about the vaccine, doctors and scientists have cautioned it has yet to go through crucial Phase 3 trials where it would be administered to thousands of people.

Critics also say the country’s push to develop the world’s first coronavirus vaccine is partly due to political pressure from the Kremlin, which is trying to push Russia as a scientific force. Russia hasn’t released any scientific data on the medication’s safety or effectiveness.

Russian officials have told CNN at least 20 countries and some US companies have expressed interest in the medication. Kirill Dmitriev, head of the Russian Direct Investment Fund (RDIF), which is funding the vaccine research, said interest from other countries has been received.

“We’ve seen considerable interest in the Russian vaccine developed by the Gamaleya Institute abroad. Moreover, we have received preliminary applications for over 1 billion doses of the medication from 20 countries,” he said on Tuesday.
“Along with our foreign partners, we are already prepared to manufacture over 500 million doses of vaccine per year in five countries, and the plan is to ramp up production capacity even higher. So far, countries in Latin America, the Middle East and Asia have displayed the greatest interest in the vaccine, and we are about to finalize a number of contracts for the purchase of the vaccine.”
Dmitriev told CNN phase 3 trials will begin Wednesday in Russia and other countries.
“We have already reached agreements on conducting the relevant trials of the Gamaleya vaccine with partners from the UAE, Saudi Arabia, and a number of other countries,” Dmitriev said.