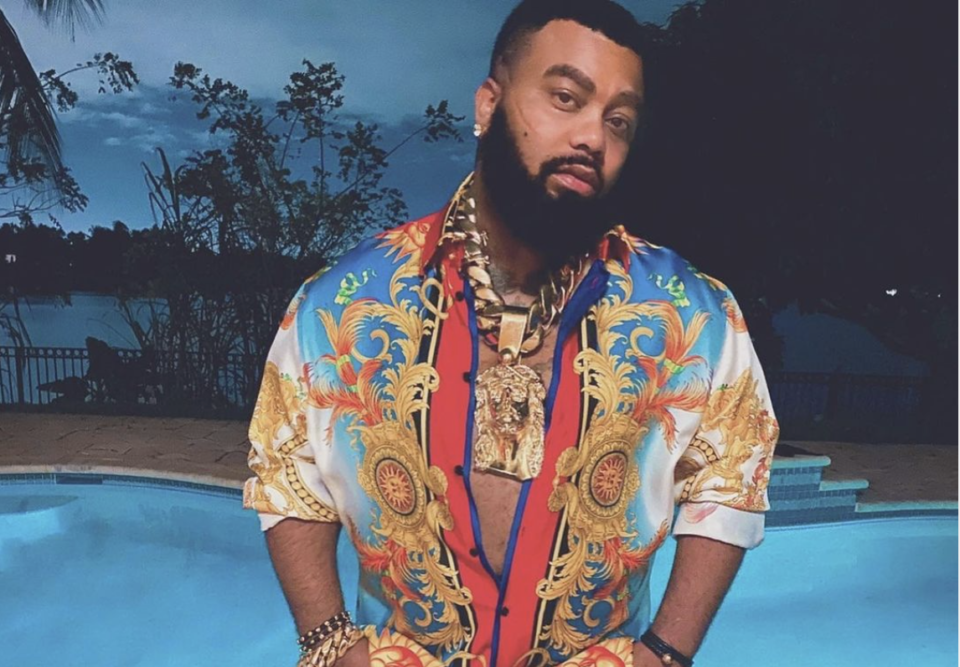 Pretty Ricky’s Baby Blue is set to turn himself in to the feds on Feb. 7. He will serve his 20-month sentence in federal prison for committing fraud in a Paycheck Protection Program (PPP)  loan scam.

On Jan. 31, Diamond Blue Smith took to social media to share the latest update with his followers. The “Grind With Me” singer posted his inmate number, the location of where he will serve time and where he could receive packages.

“Turning myself in to the Feds on Monday, Feb. 7. If you wanna write me or send me anything, see info below… Diamond Blue Smith # 11322509 FCI COLEMAN LOW FEDERAL CORRECTIONAL INSTITUTION SATELLITE CAMP P.O. BOX 1027 COLEMAN, FL 33521 (White Envelopes Only).”

Turning myself in to the Feds on Monday, February 7th. If you wanna write me or send me anything, see info below…

Some fans responded with love and support.

Keep ya head up Blue. Stay focused and use the time to better yourself. Make some positive connections and come out bigger and better.

Guess I’ll be writing you along with my brother! Keep your head high

I got you ! Def gonna make sure your mind stays in the right place. On that paper 💰. Keep ya head up 👑 KING

In August, Blue was convicted of conspiracy to commit wire fraud. The Miami-based singer took out two PPP loans that totaled over one million dollars. He reportedly falsified documents and gave specious information for two businesses– Throwback Jersey LLC and BlueStar Records LLC. Blue was ordered to pay $1,111345.23 in restitution and $1,134,782 in forfeiture. The singer acquiesced to using the PPP loan proceeds to ball out at Seminole Hard Rock Hotel and Casino and buying luxury items, including a Ferrari, designer clothes and larger-than-life gold chains.

Blue dropped the video to his brand new track “Jerry Rice’ where he seemingly brags about doing his bid and stunting. The song is a far cry from his December post on Instagram.

In December, the recording artist wrote that there were lessons to be learned from his arrest and subsequent sentence in federal prison.

“I can’t go back and change the beginning but I can start where I am and change the ending. There are things in life we don’t want to happen but have to accept; Lessons in life we don’t want to know but have to learn. We have to remember that life’s greatest lessons are usually learned at the worst times and from the worst mistakes,” he wrote. “Sometimes the bad things that happens to us end up putting us on the path to the best things that will ever happen to us. Life can change in a second, can be taken in a second so live your best life! Do what you can for others. Always be there for the ones you love the most and understand that not everyone you love will stay, not everyone you trust will be loyal. Some people are lessons. Some people exist as an example of what to avoid. Learn from yesterday, live for today, prepare for a better tomorrow.”

On  Saturday, Blue also took to Twitter to give the women he’s dating permission to move on for Valentine’s Day as he heads to federal prison.

“I wanna send a huge apology out to the women I’m currently dating. Even though we’re all single and having fun, I apologize for being incarcerated during VALENTINE’S DAY. I understand if you want to spend that day with someone else this year.  You have my blessing.”

I wanna send a huge apology out to the women I’m currently dating. Even though we’re all single and having fun, I apologize for being incarcerated during VALENTINES DAY. I understand if you want to spend that day with someone else this year.
🌹❤️🎈🤞🏽💯 You have my blessing.

We hope he’s learned his lesson.