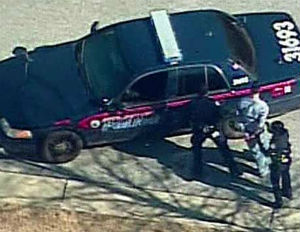 School officials say two people were wounded in the shooting.Â One 14-year-old victim was rushed to the hospital after being shot in the head, the Associated Press reports.

Police say they have two people in custody in connection with the shooting, according to MyFoxAtlanta.com.