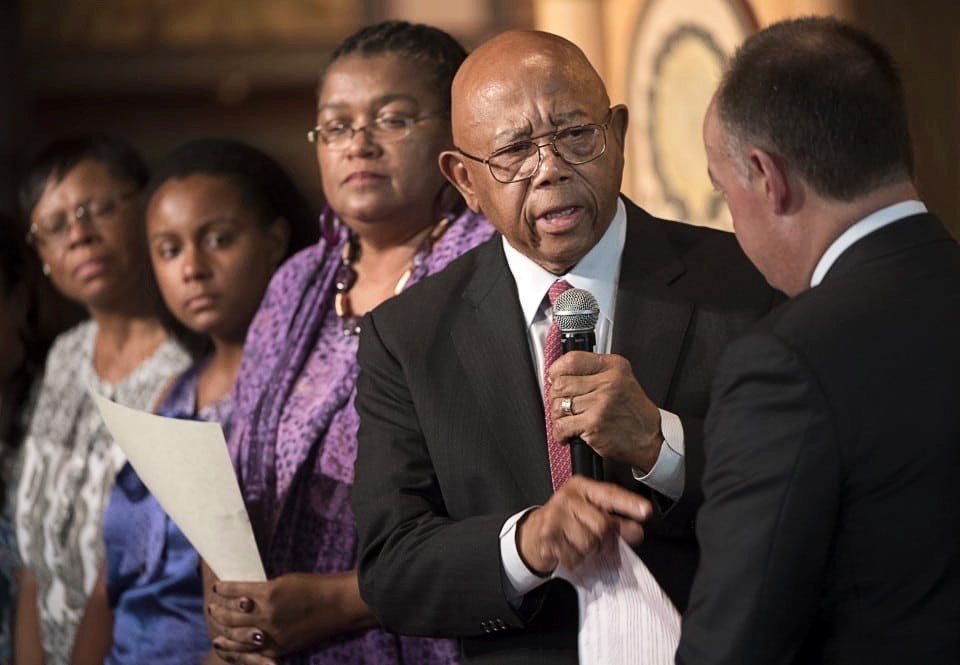 The largest known association of descendants of enslaved ancestors and descendants of the enslavers have announced is entering into a partnership with Jesuit priests.

The partnership is named The Descendants Truth & Reconciliation Foundation. This organization is a billion-dollar vision to move the country toward deep racial healing. The Foundation, which was created by the GU272 Descendants Association and the Jesuits, is the first time a partnership has been established between the descendants of enslaved persons and the descendants of their enslavers. The Foundation is rooted in the events of 1838 when 272 enslaved men, women, and children were sold by the Jesuit owners of Georgetown University to plantation owners in Louisiana.

The Guardian reported that an order of Catholic priests has pledged $100 million in reparations to the descendants of Black people that it had enslaved and sold.

“From our inception, the GU272 Descendants Association has chosen to identify and rebuild our ancestors’ families that were separated and often destroyed by the brutal institution of slavery and to create a sustainable mechanism for investing forward in uplifting descendants for many generations to come,” said Cheryllyn Branche, president of the GU272 Descendants Association, in a written statement. “Through the Descendants Truth & Reconciliation Foundation, we will restore honor and dignity to our ancestors by institutionalizing these goals for our children, our children’s children, and descendants for centuries to come.”

The order of Catholic priests has committed to $100 million over three to five years; there is already $15 million deposited in a trust so far with $1 billion being the long-term goal, according to Father Tim Kesicki, President of the Jesuit Conference of Canada and the United States, and Joseph M Stewart, acting president of the Descendants Truth & Reconciliation Foundation.

“Our shameful history of Jesuit slaveholding in the United States has been taken off the dusty shelf, and it can never be put back,” said Kesicki. “Racism will endure in America if we continue to turn our heads away from the truth of the past and how it affects us all today. The lasting effects of slavery call each of us to do the work of truth and reconciliation. Without this joining of hearts and hands in true unity, the cycle of hatred and inequality in America will never end.”