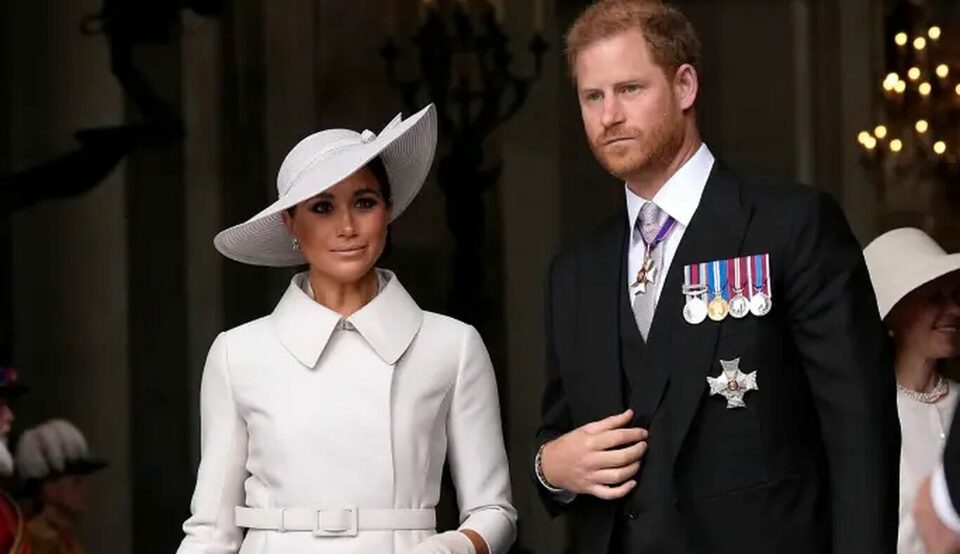 Prince Harry and Meghan Markle made their first public appearance in London and were received with a mixture of boos and cheers as they left St. Paul’s Cathedral after the Platinum Jubilee church service Friday.

Supporters of the royal family remain at odds with the couple who chose to exit from the family in 2020, the hecklers drowning out the excitement outside the church.

According to Page Six, the couple did not interact with the Duke and Duchess of Cambridge while at Queen Elizabeth II’s ceremony.

“At the moment, it does not look likely that Harry and Meghan and William and Kate will meet up separately during the Jubilee celebrations,” said a source. “There is certainly nothing in the diary at the moment.”

The Platinum Jubilee is a four-day-long celebration that marks a monarch’s 70th anniversary on the throne. The 96-year-old queen decided to not be in attendance of the church service following the Thursday celebrations that kicked off her anniversary, per NBC News.

“Taking into account the journey and activity required to participate in [Friday’s] National Service of Thanksgiving at St. Paul’s Cathedral, her Majesty with great reluctance has concluded not to attend,” Buckingham Palace said in a statement Thursday.

As Harry, 37, and Markle, 40, made their entrance in the cathedral, they were met with looks of scorn and disdain while they walked to their seats.

Despite the animosity, the couple were all smiles, hand in hand.

During the service, they were photographed laughing with some of the younger members of the royal family.

Following tradition, after the service, the royals then attend the Lord Mayor’s reception at The Guildhall. Markle and Harry did not attend the luncheon, nor the Trooping the Colour parade on Thursday, according to People.

Additionally, the couple was not invited to the Buckingham Palace balcony photo op, due to the ongoing tension with their exit from the family, dubbed “Megxit.”