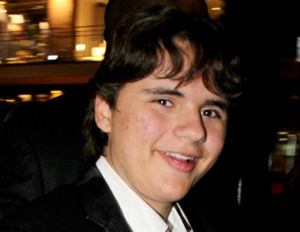 The 16-year-old made his on-air debut in Pasadena, California at a press junket for Disney’s upcoming adventure film, ” the Great and Powerful,” where he interviewed the film director and cast.

Jackson’s sister, Paris, will be making her film debut when she stars in “Lundon’s Bridge and the Three Keys.”