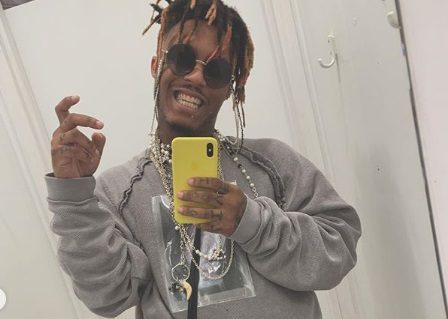 After Juice WRLD’s estate released a special anniversary edition of the late rapper’s debut album, one producer came forward with claims against the project.

But a music producer by the name of Ghost Loft responded to the album with a lawsuit. The producer claims Juice WRLD’s 2018 song “Scared Of Love” includes 16 bars that were directly stolen from Loft’s 2013 song “So High.” He notes that Juice WRLD and producer Mitch Mula are the only names credited on “Scared Of Love” despite the copied lyrics.

He also claims Mitch Mula admitted to sampling “So High,” but failed to include him on the credits. Now Ghost Loft is suing Juice WRLD’s estate, Mitch Mula, and the late’s rapper’s record label for the accused snub, NME reports. Lost is seeking compensation for damages, a writing credit, and an injunction that stops the estate from making money off “Scared Of Love.”

Juice WRLD (real name Jarad Anthony Higgins) died of a drug overdose in December 2019 at the age of 21. His passing came nine months after the release of his second album, Death Race For Love. His third album, Legends Never Die, was posthumously released seven months later in July 2020.

This is the second infringement lawsuit Juice WRLD’s estate has faced. In October 2019, punk rock band Yellowcard sued the late rapper over claims he plagiarized parts of their 2006 song, “Holly Wood Died.”

Following his death two months later, the band dropped the suit in July 2020 saying they “really were uncomfortable about pursuing this action against Juice WRLD’s grieving mother as the representative of his Estate,” Billboard reported.