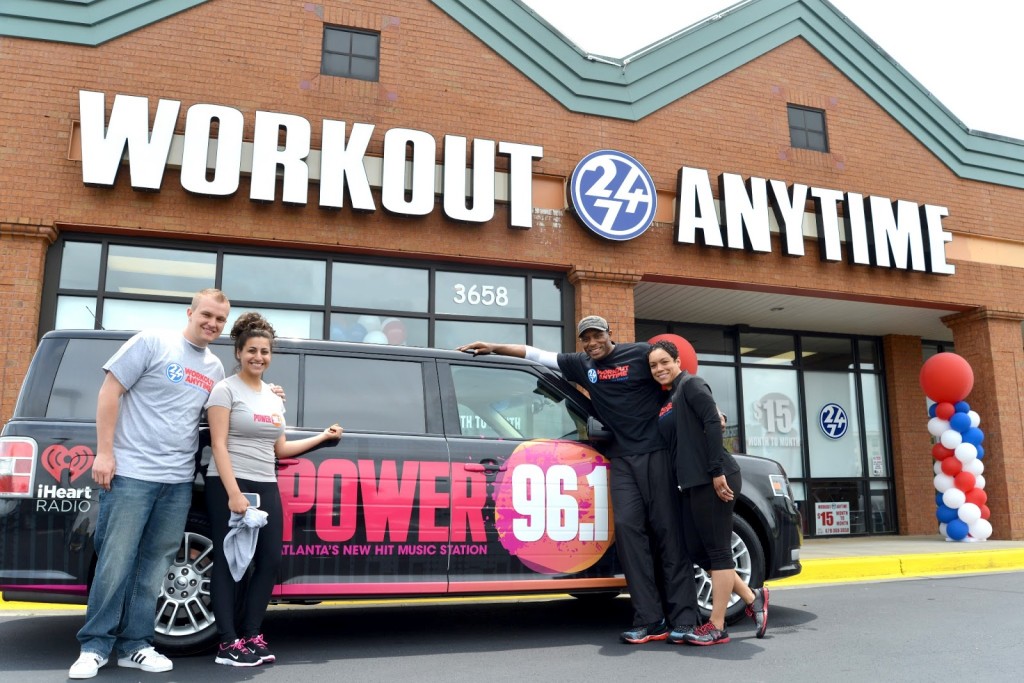 Health and fitness clubs have grown over the past five years to become a $26.5 billion industry, according to IBIS World. Bolstered by public health initiatives that have shed light on the role of fitness in fighting diabetes, obesity, and other health ailments, this trend is evidenced by the growing number of health club memberships. More people value fitness as an integral component of their health regimen, particularly among those aged 20 to 64, the largest gym-going demographic. An increasing active baby boomer populations is purchasing gym memberships.

Atlanta-based Workout Anytime is a 24/7 fitness concept created to provide members with first-class fitness facilities at the lowest possible price (memberships start as low as $15), while delivering a profitable and affordable business model to franchisees. Built on the founders’ motto of “Think big, keep it simple and do it with integrity,â€ Workout Anytime is preparing for significant expansion into new territories by providing opportunities to business-minded entrepreneurs. Startup costs, including franchise fees, run around $120,000 for a new location.

The high demand for health club memberships bodes well for Zelly Wesson—who has been playing professional basketball in Europe for 15 years—and his Workout Anytime franchise. During the offseason, Wesson would do personal training and began eyeing fitness-related opportunities. A family friend who is a Workout Anytime franchisee recommended the brand.

This time he opened a health club of his own, going with a proven franchise model. He ultimately chose Workout Anytime, because the franchise was a smaller operation without a lot of moving parts and it offered the best value to the customer. Also, in comparison with the food service model, you constantly need employees on-site to run the day-to-day operations, he notes.

Wesson and his wife, Tanesha, opened their first Workout Anytime franchise in March 2013 in Stockbridge, Georgia. The couple isÂ currentlyÂ in the construction phase of their second location within the same city. “The future of health is of great concern,” he says, “so I want to stay fitness-related and continue to expand in this area.Â  For us, it is a way to improve the community’s quality of life.â€

In an interview with Michael Stone, theÂ executive director of the Professional Athlete Franchise Initiative, Wesson said his experience abroad taught him how to adapt. “When you find yourself on a team where no one speaks your language, or there are limitations, you either grow up and adapt or simply go home,â€ said Wesson. By adjusting to people from all walks of life, he also learned to become comfortable with being uncomfortable. “There were challenges. But I was open and willing to learn. You’d be surprised—something as simple as a smile or a handshake can connect people across various cultures.â€ PAFI isÂ an International Franchise Association-based program that helps professional athletes explore the world of franchising.

Wesson was overseas when his first health club opened, yet he remained hands-on. “There were a ton of staff meetings, conference calls, and e-mails between practices,â€ he told Stone. Nevertheless, with the help of his wife and a small team of employees, the business enjoyed great success serving the community.

When asked for a tip on transitioning from sports, Wesson states, “You should always think ahead; it’s all about preparation. Â Prepare for the opportunity that is yet to come.Â  Whatever one’s interests are, study and learn as much about it as possible. You have to be willing to invest in yourself. That is the preparation. For when the opportunity arrives, you have to be ready – prepare for opportunity.â€ This has been his mantra throughout his career as he transitioned from team to team, country to country, and contract to contract.

When asked what shocked him most about the business world, Wesson quickly replies, the importance of good customer service. “You always hear the phrase ‘the customer is always right,’ but living up to that as a business owner is not as easy as it seems.â€ In the fitness industry, success is achieved through membership sales and retention. This requires member satisfaction.

“Members come from various backgrounds, so it is hard to please everyone all the time. However, a health club is a people business. You have to understand how to relate to people on many different levels and find a solution. I believe as long as you have integrity, respect, a genuine smile, and a firm handshake, you can serve the needs of most customers.â€

But not until after he’d pursued other concepts. Wesson opened a smoothie franchise within an existing health club.Â  His goal was to supplement his income in case his career came to a sudden end. He would open four smoothie franchises over a four-year period. However, because of the structure of the business, he soon found himself at the mercy of the hosting gym. As the gym focused on opening new locations, many existing members took advantage of the opportunity to use new equipment and updated amenities elsewhere. Wesson watched his customer base dwindle. This lack of control over his business forced him to change course.