At the recent Black Enterprise Entrepreneurs Summit in Charlotte, North Carolina, event sponsor Koch Industries and its Georgia Pacific subsidiary presented the inaugural Principled Entrepreneurship Award to a business innovator who is literally helping thousands gain their freedom. Ben McFarlin, founder, chief technology officer, and CEO of Atlanta–based Help Bond Me Inc. has been using technology to drive justice reform through a platform that allows pretrial detainees to connect with family members, friends, and followers via social media to raise bail money.

A core tenet of the Market-Based Management framework developed by Charles G. Koch, CEO of one of the nation’s largest privately held corporations, Principled Entrepreneurship focuses on companies that create products and services to help people improve their lives, and doing so through the application of “the judgment, responsibility, initiative, economic and critical thinking skills, and sense of urgency necessary to generate the greatest contribution, consistent with their organization’s risk philosophy.” As such, it emphasizes that value creation, innovation, self-determination, and integrity helps drive long-term success.

Bearing all of those qualities, McFarlin is the first subject in our special “Profiles of Principled Entrepreneurship” series. 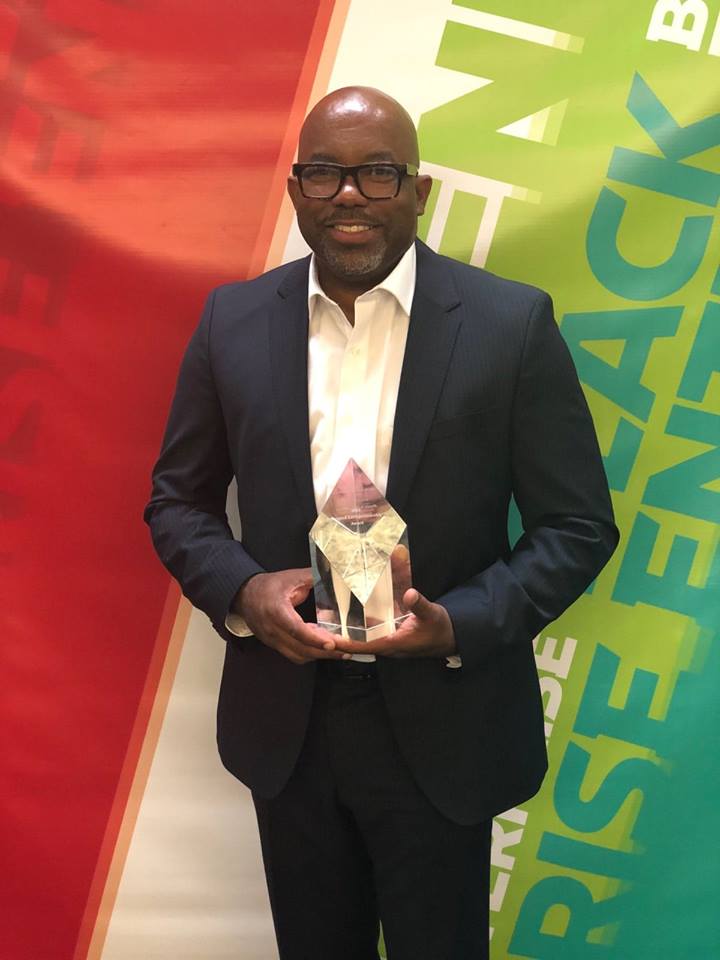 McFarlin founded the company in 2016 after being moved by the tragic case of Sandra Bland, which drew national attention when she died three days after her incarceration at a Waller County, Texas, jail due, in large part, to her inability to obtain $5,000 needed for her release. McFarlin, who holds a bachelor’s degree in electrical engineering from Southern University A&M College and attended graduate school at the Georgia Institute of Technology developed both the hardware and software for the Help Bond Me system. When he first unveiled the platform, BE designated it as one of our “10 Best Apps From Black Founders.”

To launch his business, he gained guidance from some of the most brilliant minds in the tech space by participating in accelerator programs like Tech Wildcatters in Dallas, NewMe in Miami, and TechSquare Labs in Atlanta. He maintains that the expertise and advice from tech powerhouses such as Angela Benton, Paul Judge, and Rodney Sampson in “those spaces really helped me to grow.”

Visit the helpbond.me website and you’ll witness that expansion, McFarlin and his dedicated team share the company’s current and upcoming services, including:

Thus far, McFarlin has made inroads into the Cook County, Illinois, jail system as well as explored the jail system in Cobb County, Georgia.

This service is especially vital to African Americans. The 2018 Report To The United Nations on Racial Disparities in the U.S. Criminal Justice System from The Sentencing Project, a justice reform advocacy group, revealed that African Americans were incarcerated in local jails at a rate 3.5 times that of non-Hispanic whites in 2016. Moreover, roughly 70% of pretrial releases require money bond, “an especially high hurdle for low-income defendants, who are disproportionately people of color,” according to that report.

As an African American who knows all too well that a traffic stop can turn into a life-derailing event, McFarlin says the development of Help Bond Me has been a deeply personal mission for him. “It has taken quite a bit of time, money, and effort to get to this point. We started out with just an idea that could help someone in their time of need. Since then, we have spoken with hundreds of people. That includes the person who was arrested, the jail commander that held him, the judge who set the bail, the family members that raised the bail and the bond agent that posted it,” McFarlin wrote on the Help Bond Me Facebook page. “We’ve traveled the country, gone to jail conferences, presented to sheriffs, spoken with non-profits about bail reform and collaborated with local bail funds. We’ve hit the streets with Help Bond Me, in the malls, flea markets, barber shops, beauty salons, trains, and bus stations. There’s no hype, gimmick or ‘hook’ to what we do. Quite frankly, it can sometimes be an ugly business. But, it’s important work that needs to be done.”