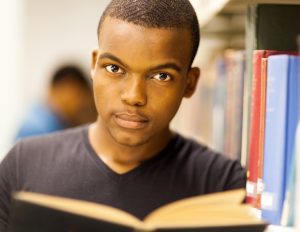 “Everything is relative.â€ It seems my father raised me on that saying.

Take, for example, the election of Donald Trump. What is horrific news for much of the country is undoubtedly good news elsewhere.

Or student loan debt. If you’re an investor in such debt, you may want more people to take it on and pay higher rates of interest.

You may not be surprised to learn that the day after the election, for-profit stocks surged, according to Bloomberg Business Week. Bloomberg reports that investors in the largest student loan companies and for-profit schools are figuring that Trump, along with a Republican-controlled Congress, will not only decrease the Fed’s role in education lending, but new rules that President Obama put in place will no longer be enforced.

“Chances are good that the tone in general will be one of deregulation and rollingÂ back some of the stuff put in place over the last eight years,â€ Trace Urdan, an analyst at Credit Suisse Group AG, was quoted in Bloomberg.

Black and Latino students incur more student loan debt than students of other races. There are lots of reasons for this, such as lower wealth overall, lower-paying jobs, lower rates of homeownership (many families take money out of their home to finance their children’s education), among others.

I’ve urged our readers to explore school financing options other than indebtedness–such as applying for scholarships, attending schools that meet all or nearly all financial need, even going to school abroad–to save money.

But for-profit schools? There is almost never a good reason to attend one. Predatory for-profit schools leave the vast majority of their students buried in debt and usually without a degree. Even if you earn a degree from a for-profit, it has little to no value in the marketplace.

What’s clear is that with this election, we’re most likely moving away from a kinder, gentler America and perhaps toward a more rapacious one.