Great advice is best when it’s put into action. Black Enterprise has once again identified past Financial Fitness Contest winners to find out if they followed our advice and that of our team of advisers, and are on the path to financial empowerment. Last year, Mother Nature–Hurricane Irene, tornadoes, floods, major earthquakes in Turkey and Japan–had a dramatic impact on the economy, as did a volatile stock market, high unemployment, fears of a double-dip recession, Europe’s financial crisis, and, for the first time, the downgrade of U.S. debt by Standard & Poor’s from AAA to AA+. Yet life went on. Some dreams were delayed, others pursued, and decisions made. Here’s where three winners stand now. 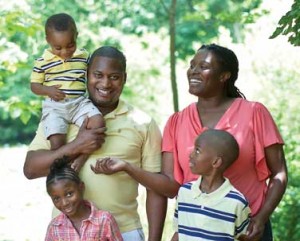 The Brookses were focused on selling their primary home and buying their dream house in the next couple of years. They’ve decided to put off that decision for at least a few more years and pursue their other dream–entrepreneurship.Â  “Neither of us has quit our jobs, but with the amount of debt we have paid down and the amount we have contributed to savings, we can pursue our entrepreneurial dreams, at least part time,â€ says Christina.

They have become real estate investors and have set up an L.L.C. “We have lawyers, contractors, and realtors on our team helping us get off the ground. This is something I have wanted to do for a long time,â€ she says.

They have purchased six houses. “We currently have $262,000 in equity in these properties.â€ They plan to rehab some of the properties and sell others. Most will be rentals to build equity and sell later, says Christina. They purchased one property for $12,000 cash and put $8,000 of work into it. They rent it out for $650 a month. They are currently rehabbing another property.