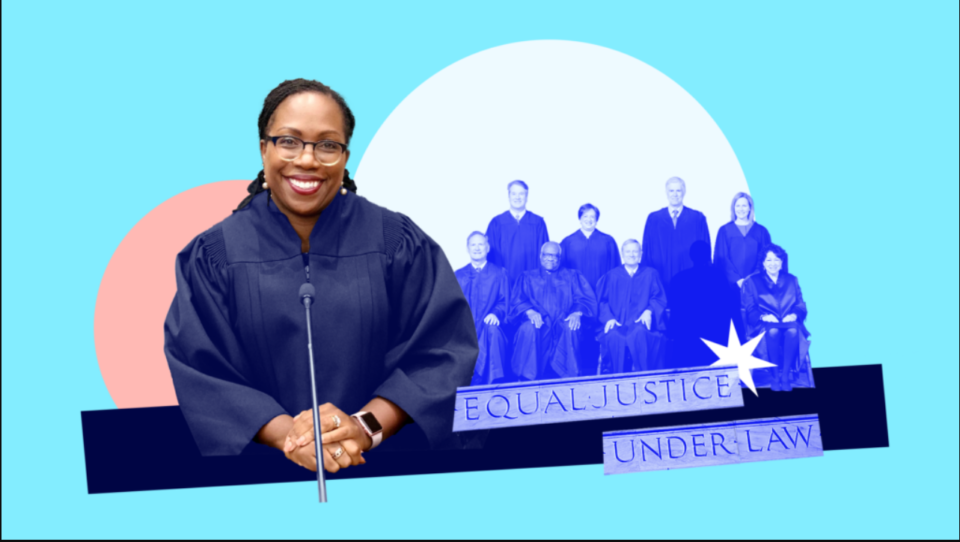 The Black Women’s Leadership Collective, a coalition of 12 national Black women’s organizations, networks and leaders, issued the following statement on the bipartisan Senate confirmation of Judge Ketanji Brown Jackson as an Associate Justice of the U.S. Supreme Court, according to a press release:

“Today America took a glorious leap forward on the road to becoming a more just nation with the historic confirmation of Judge Ketanji Brown Jackson to the U.S. Supreme Court. Judge Jackson is unquestionably one of the most qualified people ever nominated to serve on the Supreme Court in all of American history. All Americans will benefit by her presence on our nation’s highest court and her strong commitment to the Constitution and the rule of law.”

“Our joy and pride as Black women has deepened throughout this process as Judge Jackson displayed her character, integrity, deep knowledge, and respect for the Constitution. The American people recognize her talents as well. Polling shows strong public support for her nomination, exceeding support for the three justices nominated by former President Trump. Indeed her nomination has unified our country and the more Americans learned about her the more support for her has grown. In addition, the endorsement Judge Jackson received from the Fraternal Order of Police and the International Association of Chiefs of Police proved beyond question that she is a strong supporter of law enforcement and public safety. She received the highest possible rating from the American Bar Association and the endorsement of many other groups as well, including key faith leaders and judges appointed by Republican presidents.”

“President Biden and Vice President Harris wisely recognized Judge Jackson’s enormous talents by nominating her, and recognized the grave injustice of never opening the doors of our nation’s highest court to a highly qualified Black woman. Just as Vice President Harris broke a barrier, Judge Jackson has shattered another glass ceiling, showing Black girls that there should be no limit to their hopes and dreams and affirming that we are all created equal.”

Even before President Biden announced his pick to replace retiring Justice Stephen Breyer, members of the BWLC began mobilizing to support the eventual nominee Representing over 10 million Black women across the nation, members of the BWLC worked to support Judge Jackson’s nomination by lifting up her outstanding qualifications, inspirational life story and shape the national conversation with Black women front and center. Throughout the nomination members of the BWLC have held in-person and virtual events, social media activations, organized call-ins to Congress, Instagram Live events, as well as television, print and digital advertising, to support Judge Jackson’s nomination to the U.S. Supreme Court.

“We congratulate incoming Justice Ketanji Brown Jackson on her confirmation and thank her for her dedication and love of country that motivated her to serve the American people on the Supreme Court.”