Pronghorn Invests in Ten To One Caribbean Rum, Founded by Marc Farrell and Co-Owned by Grammy-Winning Artist Ciara 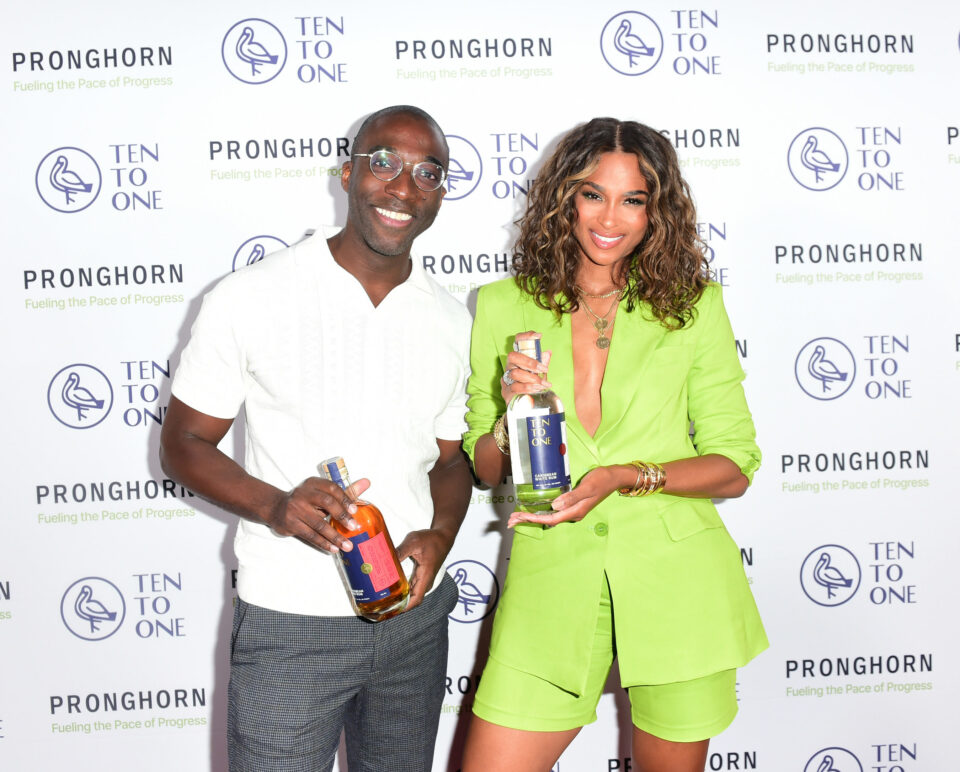 Pronghorn announced today its investment in Ten To One, the award-winning Caribbean rum brand founded by CEO, Marc Farrell, and co-owned by GRAMMY-winning artist, Ciara.

Pronghorn will make a capital investment in the brand and will provide access to its supercharging services, designed to help Ten To One scale its business, according to a press release. According to Pronghorn, less than 1 percent of spirits brand acquisitions in the U.S. have been Black-owned. To generate wealth and drive acquisitions, Pronghorn will serve as a hybrid incubator and accelerator, making capital investments in Black-owned brands, while also providing capabilities that allow brands to leverage industry-leading knowledge and resources to realize their brand’s ambitions.

“Pronghorn’s goal is to cultivate the next generation of Black entrepreneurs, executive leaders, and founders within the spirits industry. We are thrilled to kick off the first of 57 investments in Black-owned spirits brands that will be made over the next ten years with Ten To One Rum,” said Erin Harris, co-founder, Pronghorn.

“Diverse representation in entrepreneurship will drive innovation, and Ten To One is a leading example of that through its continued reimagination of the rum category.”

Award-winning Ten To One Caribbean rum was founded in 2019 by entrepreneur and former Starbucks Senior Vice President, Marc Farrell. Through his creation, Farrell hopes to elevate the experience of consuming Caribbean rum and highlight its versatility.

“Continuously challenging expectations has been core to our brand’s DNA from day one, and proven to be a major ingredient in preserving on a path to success — even against the backdrop of a global pandemic,” said Marc Farrell, Founder, Ten To One.

“There remains an enormous opportunity to change the way people taste, experience and talk about rum, and with the incredible support of the Pronghorn team, we will not only be able to expand our footprint to other major metropolitan hubs, but also introduce consumers to new occasions for which rum should be considered the spirit of choice.”

In just a short period of time, Ten To One Caribbean rum has received critical acclaim from the likes of Food & Wine, Forbes and Zagat for its exquisite pan-Caribbean blends as well as the brand’s role in shifting the rum category to a more elevated and authentic reflection of Caribbean culture. According to ISWR, the U.S. market for Super Premium+ rum brands is projected to have a compound annual growth rate of 12.6 percent from 2021 to 2026 and to grow two times faster than the spirits industry over the next five years.

The name Ten To One comes from a quote from Dr. Eric Williams, Trinidad and Tobago’s first Prime Minister when discussing the first Caribbean federation of 10 countries, who said “One from ten leaves zero” — conveying the idea that we are stronger together than apart.

“It’s rewarding to see these creative minds rally around a brand and a mission that I am so passionate about and enable a path to excellence that uplifts and supports Black entrepreneurs.”

To commemorate the investment, Grammy-award winning artist, and co-founder of Ten To One Caribbean Rum, Ciara, joined CEO, Marc Farrell, at an intimate event at the Gathering Spot, a private members only club in Los Angeles on Aug. 18. The duo toasted the big announcement alongside Pronghorn co-founders, Dia Simms, Erin Harris, and Dan Sanborn while guests enjoyed Ten To One cocktails, beats by DJ MOS and inspiring conversations.

Ten To One is available at retailers in nearly 20 states across the country, and online at www.shoptentoone.com.

To learn more about Pronghorn’s accelerator program for Black entrepreneurs in the spirits industry, visit www.pronghorn.co/services.