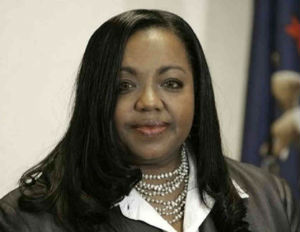 According to reports, Wayne County prosecutor Kym Worthy has led the charge to complete testing on 10,000 rape kits that were once forgotten in Detroit. Her office has collaborated with the Detroit Police Department, Michigan State Police, and numerous other organizations to get the job done.

The effort has revealed more than 400 serial rapists and pinpointed thousands of suspects. The process for completing testing has been ongoing since 2009.

Worthy said in a previous interview with the Detroit Free Press that ensuring that rape kits are tested in a timely manner is necessary to prevent another massive backlog from happening again.

Worthy, known as the “toughest woman in Detroit” and the subject of an upcoming TV show, faced scrutiny after recentlyÂ announcing that federal agent Mitchell Quinn would not face charges for shooting and killing Terrence Kellom,Â a 20-year old black man suspected of armed robbery. The prosecutor said forensic evidence and the testimony of some people at the scene show that the April 27 killing of Kellom was “justified by the laws of self-defense.”

Activists and family of Kellom had demanded charges be brought against Quinn saying the young man was shot in the back. He became part of the Black Lives Matter discussion that has sparked rallies, panels, and further calls for justice against cases of police brutality and deaths at the hands of law enforcement.