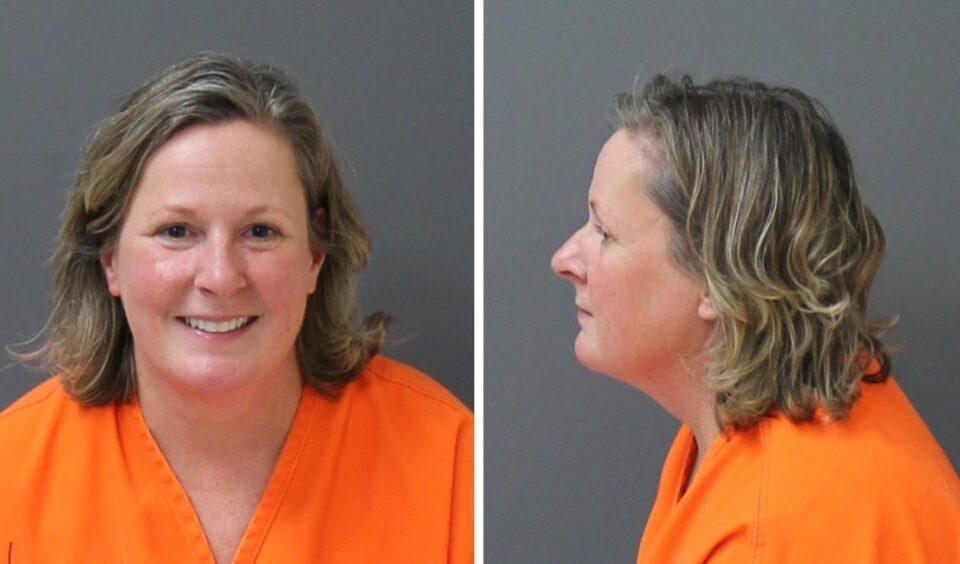 Former cop Kim Potter was sentenced on Friday to two years following her December conviction of first-degree manslaughter for the April 11 killing of 20-year-old Daunte Wright.

Court documents filed earlier this week show that prosecutors seemingly changed their tune and instead sought a sentence of slightly more than seven years, PBS reports.

While the presumed penalty falls under the state’s guidelines for a penalty ranging from slightly more than six years to about 8 1/2 years, prosecutors initially argued that aggravating factors against Potter warranted a sentence above the guideline range.

“The presumptive sentence takes into account the main elements of the conviction: the death of Daunte Wright and Defendant’s recklessness,” prosecutor Matt Frank wrote.

“The State recognizes that this is a unique case given the context in which Defendant Potter recklessly handled her firearm.”

Wright was killed after being pulled over by Brooklyn Center officers for having expired license plate tags and an air freshener hanging from his rearview mirror, HuffPost reports. His death prompted protests and backlash after Potter killed the young motorist claiming she confused her handgun for a Taser.

Frank notes that prosecutors disagree with the defense as Potter’s attorneys attempted to get her sentence reduced down to only probation.

Under Minnesota law, Potter will be sentenced only on the most serious conviction of first-degree manslaughter — which is how she was handed the two-year sentence. While the sentencing policies are advisory, judges can’t go above or below them unless they find a compelling reason.

Frank was hopeful that in the event a judge didn’t sentence Potter to prison, he argued that the ex-cop should get 10 years of probation, be required to spend a year in jail, speak to law enforcement about the dangers of weapons confusion, and sit down with Wright’s family to speak about their loss if they agree to the meeting.

“To impose anything less would fail to take into account Daunte Wright’s death and the jury’s finding that Defendant Potter committed first-degree manslaughter,” Frank wrote.

She walked away with two years and will likely served a minor portion of that.